Bullets mailed to Italy's referee association amid backlash over VAR 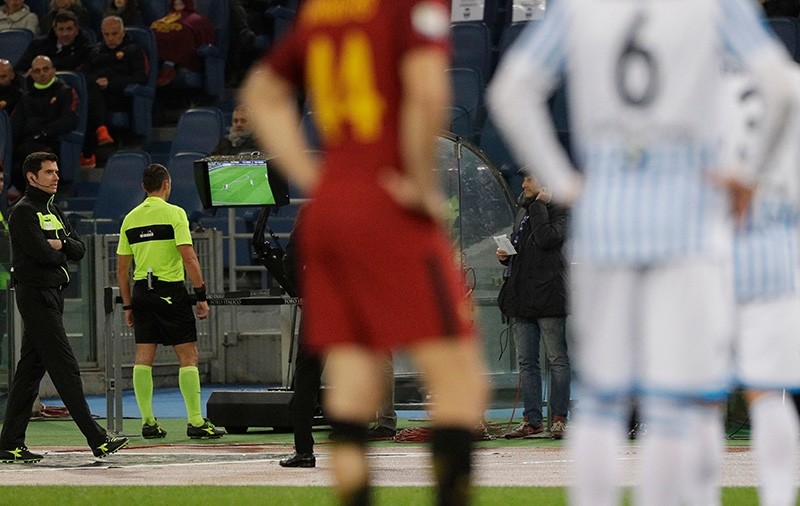 In this Dec. 1st, 2017 file photo, referee Rosario Abisso, second from left, checks the Video Assistant Referee (VAR) during an Italian Serie A soccer match between AS Roma and Spal, at the Olympic stadium in Rome. (AP Photo)
by Apr 05, 2018 12:00 am

The envelopes mailed to the association's headquarters in Rome were addressed to Nicchi, his deputy Narciso Pisacreta and referee designator Nicola Rizzoli about 10 days ago.

Prosecutors are investigating the case, which appears to be part of a hostility campaign against game officials and the VAR (video assistant referee) technology that this season was introduced for the first time in the Italian Serie A. VAR is to be used at the 2018 World Cup.

Nicchi said that violence against referees has become a serious problem.

"This year too, but it has happened for decades now, about 300 officials have been assaulted," Nicchi said. "About 100 of them were seriously injured and some had to be hospitalized."

The president said AIA pressed charges against a journalist who is said to have invited fans to shoot at referees. He also spoke of referee Marco Di Bello, praising him for his performance in Wednesday's derby AC Milan v Inter Milan.

"Di Bello and an assistant will have to appear before a [civil] judge, possibly because of a non-allowed penalty or some other game situation about which he was charged by an association of consumers.

"No one could think that if a player misses a penalty he will be summoned in a court. I think that [Di Bello's] is an extremely serious case."