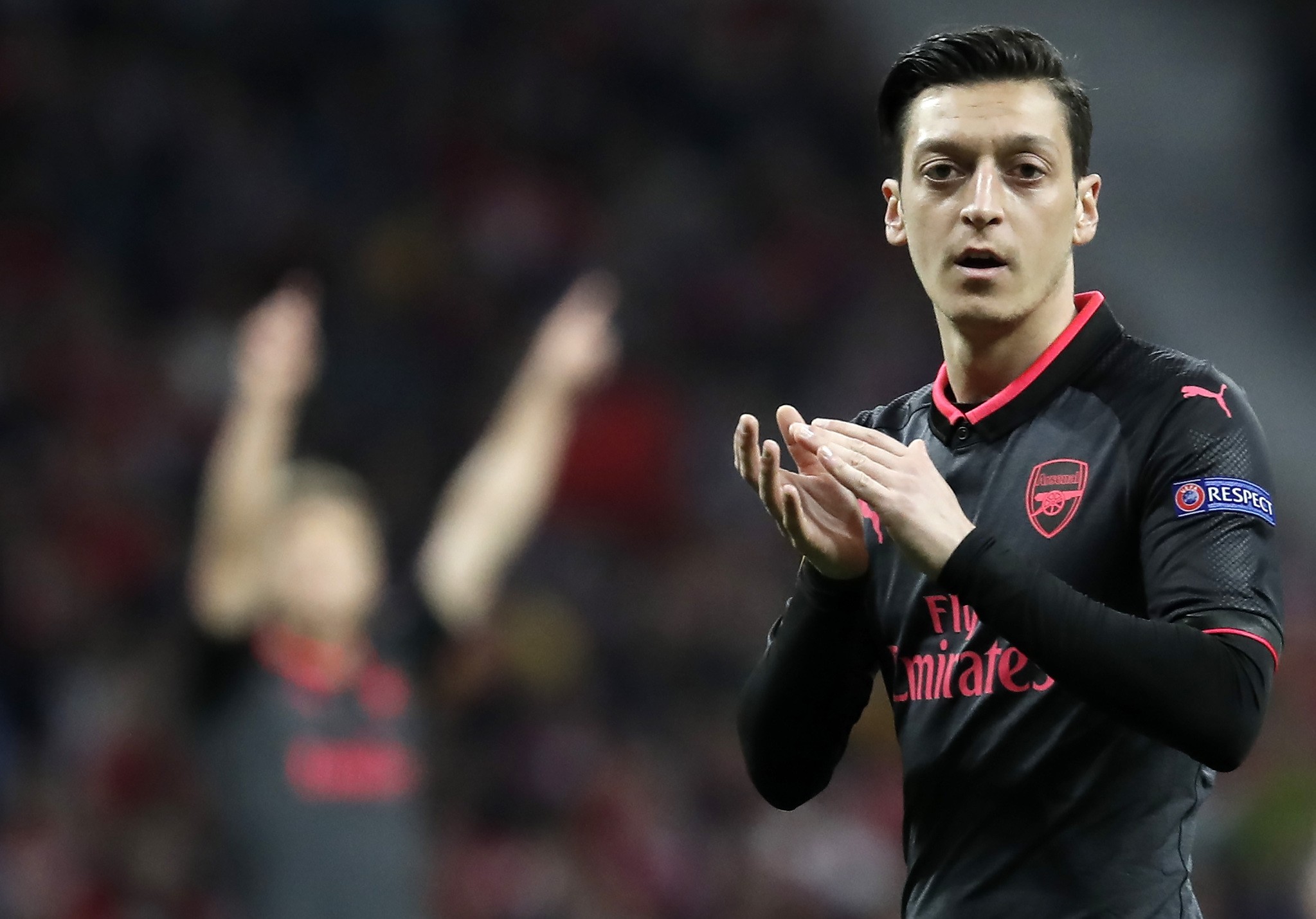 Arsene Wenger was left devastated by Arsenal's Europa League defeat to Atletico Madrid on Thursday but made a staunch defence of midfielder Mesut Özil. Özil's performance was heavily criticised by former Arsenal defender Martin Keown, who said the German had cried "crocodile tears" after the game, and was "not fit to wear the shirt". Diego Costa's strike proved decisive at the Wanda Metropolitano where a 1-0 victory secured Atletico a 2-1 win on aggregate and a place in the final against Marseille.

Defeat ends Wenger's hopes of leaving Arsenal on a high as his team missed out on a shot at a major trophy and squandered their last chance to qualify for the Champions League.

"I'm very sad tonight," Wenger said. "Unfortunately you have to go through that -- the game can be very cruel, sometimes very nice, but the suffering is very strong tonight." Keown, however, reserved a particularly harsh assessment for Özil.

"He wasn't fit to wear the shirt tonight," Keown told BT Sport. "I've seen this a lot this season and it needs to be said. He needs to be dug out. We expect better from him. These are crocodile tears I'm seeing from the player. He's not conning me."

When Keown's comments were put to Wenger, he said: "I don't agree with that. You will see that he gave a lot. It was a difficult team, physically very intense.

"I'm convinced that Özil should not be criticised by anyone just because he did not score. We had plenty of opportunities and we lose as a team."