Iniesta confirms retirement from international football after Spain crash out 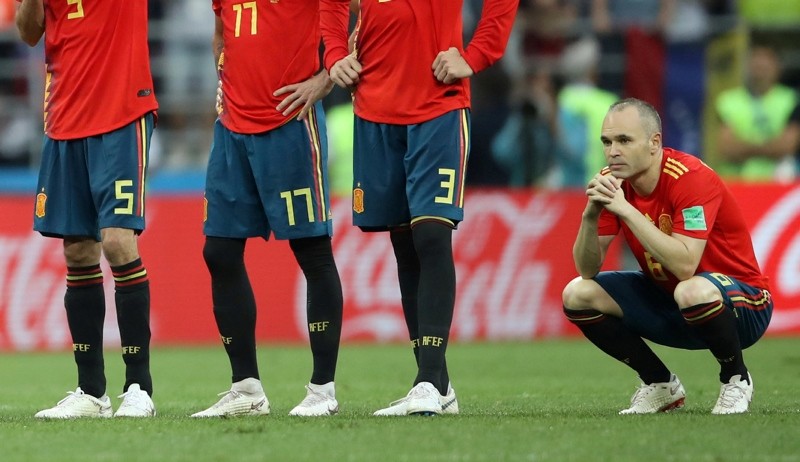 Spain midfielder Andres Iniesta called time on his remarkable international career after his team's surprise World Cup exit at the hands of hosts Russia on Sunday.

The 34-year-old, who scored the winning goal at the 2010 World Cup final, won 133 caps in an international career spanning 12 years, during which he also won European championship titles in 2008 and 2012.

Iniesta admitted it was not the end he had wanted after he was left out of the starting line-up for the round-of-16 game.

"It's reality that today has been my last match for the national team," he told reporters. "Sometimes, the end does not happen the way you dreamed it would, and is instead marked by the circumstances.

"It's bad, it's tough," he said. "It's a difficult moment, one we have been through on various occasions -- we weren't capable of going that little bit extra.

"The critics don't matter so much; we are angry because we weren't capable of taking another step and we didn't rise to the occasion, despite trying everything. On a personal level, it wasn't my dream farewell but these things happen in life."

Iniesta said he had no complaints about being left on the bench by coach Fernando Hierro, before being brought on during the second half.

"I don't feel hard done by. The coach takes decisions whether you agree with them or not. The coach understood that it was better that way."

"I want to extend my sincere thanks to an exemplary professional," he said. "He is one of the best players in Spanish football history -- I can't say anything else.

"I give Andres a 10 for his behaviour and for understanding the situation. He went out as if it were his first game as a professional, helping his team mates."