Past winners and new pretenders ready for World Cup quarterfinals 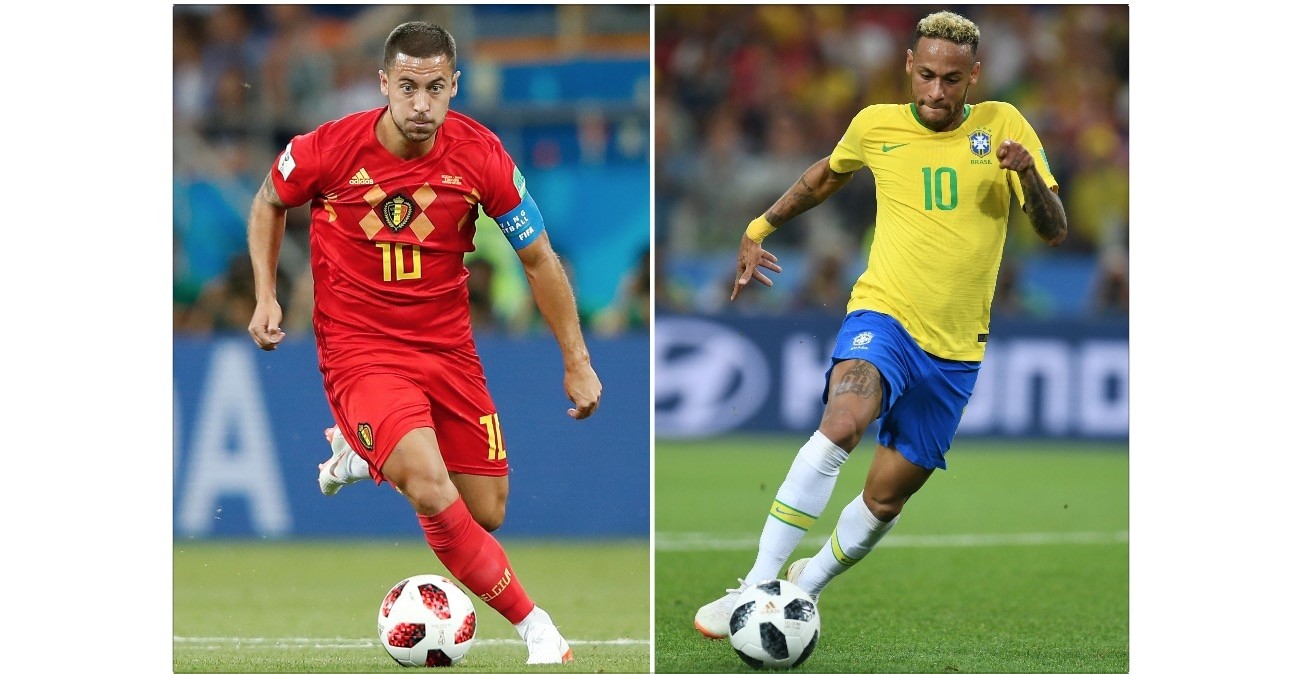 An incredible triumph for the host; another star on the shirt for Brazil, France, Uruguay or England; or a first-ever World Cup for Sweden, Belgium or Croatia? Those are the possible plotlines as the World Cup finals reach the quarterfinal stage. Today, Uruguay meets France in Nizhny Novgorod, and Brazil plays Belgium in Kazan. On Saturday, Sweden faces England in Samara, and Russia plays Croatia in Sochi. All eyes will be on teen sensation Kylian Mbappe today after his devastating performance against Argentina sent Lionel Messi packing in the last 16. Mbappe was set to go head-to-head with club teammate Edinson Cavani, but the Paris Saint-Germain forward is struggling to overcome a calf injury to be fit for the game.

There will be at least one meeting of club teammates when France forward Antoine Griezmann goes up against Uruguay's Diego Godin. Both ply their club trade with Atletico Madrid. Griezmann has spoken this week about the huge influence Godin has had on his career saying: "Diego is a great friend on and off the pitch that's why he is godfather to my little girl."

Griezmann is something of an honorary Uruguayan within the ranks of his club side, sipping the traditional "Mate" herbal tea with Godin. He has been talking up his love for the country this week saying: "It's a nationality that I adore." But his comments did not impress Uruguay's Luis Suarez who said: "For all that he says he is half Uruguayan, he is French. He does not know what it really feels like to be Uruguayan." In Friday's second quarterfinal, Belgium meet the increasingly impressive Brazil. Belgian hearts are still racing after their three-goal comeback against Japan that culminated in a lightning counter-attack to win the game at the death. Brazil's path to this stage has been far less dramatic with Tite's team basing progress on a solid defense that has only conceded one goal so far. Brazil has left-back Marcelo back in training as they plot a way to keep another clean sheet against the tournament's second leading goal scorer Romelu Lukaku who has netted four times. The one man with more goals than Lukaku in Russia is England's Harry Kane. The six-goal striker will lead Gareth Southgate's side against Sweden fresh from scoring in England's first ever-successful World Cup penalty shoot-out.

England faces Sweden who, despite reaching the quarterfinals for only the second time, they were beaten by Brazil in the final in 1958, are still desperate for more. Sweden coach Janne Andersson said: "It's full steam ahead and we are going to put in a bloody good match," after beating Switzerland. "We are not satisfied with this. We want to win the next game."

Croatia meets Russia in the final quarterfinal. Luka Modric and company needed penalties to get past a stubborn Denmark. Their opponents Russia also came through via spot-kicks.

They let Spain play over a thousand passes against them in the last 16 to then see them off in the shoot-out, scoring all their penalties as Koke and Iago Aspas missed for the Spanish.