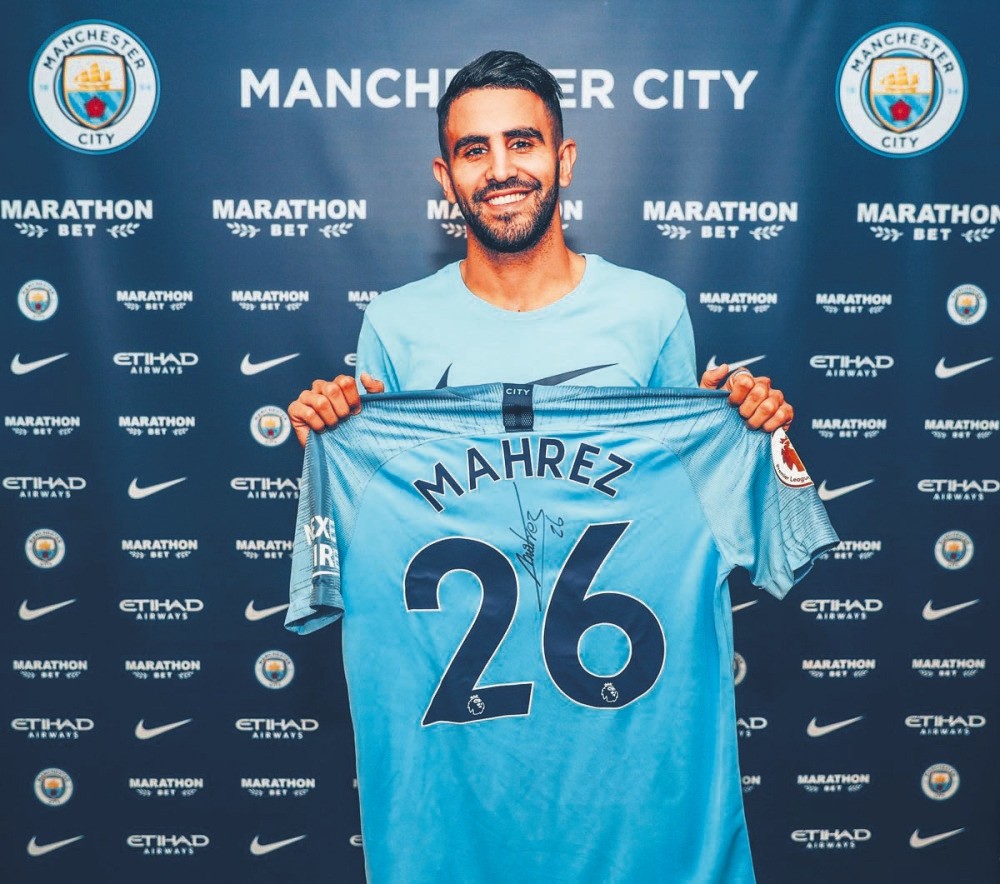 Manchester City has signed Riyad Mahrez for a club-record 60 million pounds ($80 million) as it further strengthens its team after winning the Premier League title. he 27-year-old Algeria winger was an integral part of Leicester's astonishing run to the title in 2016, but has been pushing to leave the central England club for a year. Pep Guardiola's City, which won the league by 19 points in May, confirmed Tuesday evening that Mahrez has signed a five-year contract. Mahrez will go down as one of the bargains of the Premier League era, having joined Leicester for a reported 400,000 pounds (now $530,000) from French club Le Havre in 2014. Scoring 17 goals in Leicester's title-winning campaign saw Mahrez voted as player of the year in England in 2016.

"I am so pleased to have joined City, a side playing great football under Pep Guardiola. They're redefining the English game and I wanted to be a part of it," Mahrez said on City's website.

"Watching them from afar has been a pleasure. Pep is committed to playing attacking football, which is a perfect for me, and City's performances last season were outstanding ... I believe my own game can develop under Pep's management."

City director of football Txiki Begiristain said Mahrez "beats defenders and creates space ... We're sure he will bring additional attacking quality to our squad." Mahrez helped Leicester to a shock league title, and then played a major role in the club reaching the Champions League quarterfinals the following season. He made 180 appearances for Leicester, scoring 48 goals.