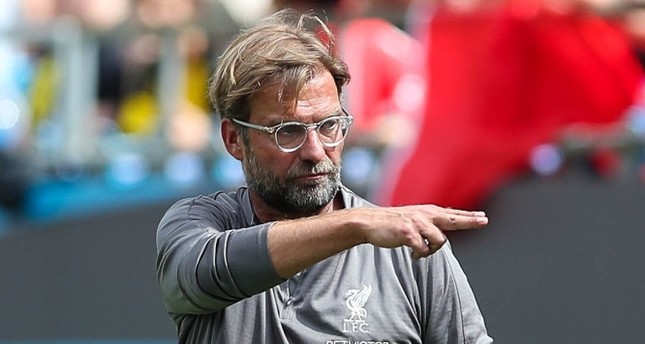 Liverpool will feel the weight of increased expectation to deliver silverware this season after making encouraging forays into the transfer market, manager Jurgen Klopp said. The German is about to undertake his third full season in charge but despite the progress since he took over in 2015, he is yet to win his first trophy with the club. "You're right and people will say that it is the next step. We need to be ready for that," Klopp told reporters in New York, where Liverpool were continuing their pre-season tour. "I know about the expectations and that's completely normal. First of all we have to play the football that gives us an opportunity to win something. We cannot talk about winning something before we start the season." The last of Liverpool's 18 domestic league titles was won in the 1989-90 season, while the club's last major trophy was the 2011-12 League Cup.

Klopp took Liverpool to three finals, but lost the 2016 League Cup to Manchester City on penalties, the 2016 Europa League title to Sevilla 3-1 and the 2018 Champions League final to Real Madrid by the same scoreline. Liverpool ended the Premier League season fourth, 25 points behind winners City, and the squad's lack of depth was exposed as the campaign played out. The German has made four signings since, adding goalkeeper Alisson from AS Roma, midfielder Naby Keita from RB Leipzig, defensive midfielder Fabinho from Monaco and winger Xherdan Shaqiri from Stoke City.

Klopp hopes the signings will help the squad better cope with the intense style of play he demands and that his team can improve on last season's record of 12 Premier League draws. "It's not just that we have to be more consistent, we have to create circumstances where we can be more consistent," the 51-year-old added. "Nobody is consistent with 11 players. What we are working on is the depth of the squad because you need it. "We expect more from ourselves. We will go again for the championship and each kind of cup, but that does not mean I can sit here and we will get it. We have the highest ambitions, 100 percent."