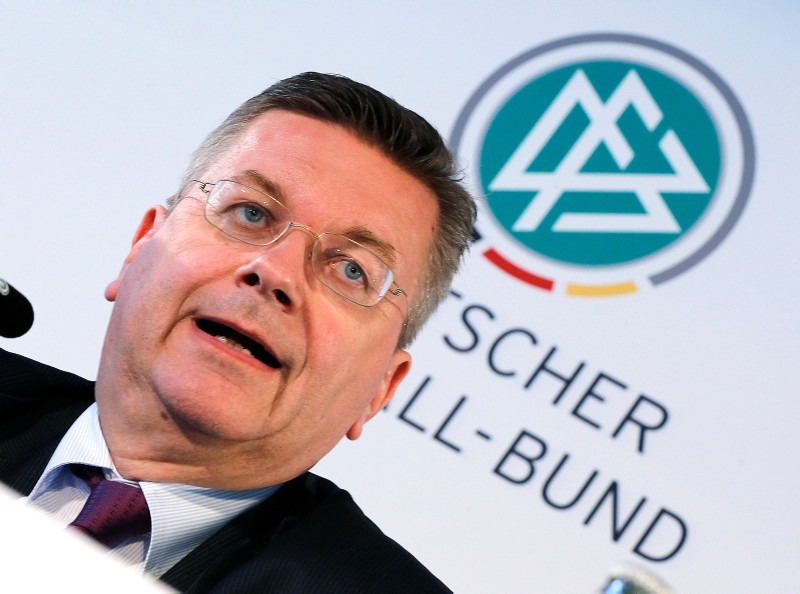 German football star of Turkish origin Mesut Özil's decision to quit the national team due to racist insults by German media and officials continues to dominate discussions in Germany.

The president of the German Football Association (DFB), Reinhard Grindel, who is seen as one of the main offenders in the racist attacks against Özil, accepted his mistakes on the issue yesterday, but denied racism accusations.

Publishing a statement from the official website of the DFB, Grindel confessed that he should have done more to protect Özil from racist attacks and abuses which reached its peak after a photograph of Özil with Turkish President Recep Tayyip Erdoğan aired. "In hindsight, I should have clearly said what is obvious to me personally and to all of us as a federation: any form of racist hostility is unbearable, unacceptable and cannot be tolerated," Grindel said.

"I am even more sorry for my colleagues, the many people working on a voluntary basis and the employees at the DFB, to be branded in connection with racism," Grindel, however, indicated that he firmly reject this accusation for both the federation as well as for himself personally.

In his quitting letter that was released on Sunday, Özil mentioned Grindel by his name, implying that he was one of the people that was responsible for the situation.

"In the eyes of Grindel and his supporters, I am German when we win, but I am an immigrant when we lose," Özil said in his letter.

Although Grindel's partial acceptance of his responsibility over the issue is a step up for German football and Germany's attitude in its integration policies in general, the German media are still looking for ways to blame Özil and the ones close to him in order to justify their actions that eventually caused the racism criticisms.

German Bild Daily claimed yesterday that Özil's fiancé Amine Gülşe, who is a Turkish actress and model and also comes from a migrant family living in Sweden, is the main reason behind Özil's actions since her family is the one that supports President Erdoğan.

"What was the role of Özil's valentine in this matter? Do this girl and her family have an effect on Mesut?" asked Bild while adding that Gülşe asked Özil to take a photograph with Erdoğan.

Bild further claimed that the two will get married soon and Gülşe often confuses Özil by texting him supportive and loving messages.

The office of the German chancellor also made a statement over the issue, insisting that Turks make Germany richer in terms of everything and there is no xenophobia in Germany.

Making the statement on behalf of the Chancellor Angela Merkel, the spokesperson of the prime ministry emphasized that Merkel is the chancellor for everyone who lives in Germany, including people with non-German roots
Last Update: Jul 26, 2018 5:04 pm