Beşiktaş in the black as top clubs battle with debts 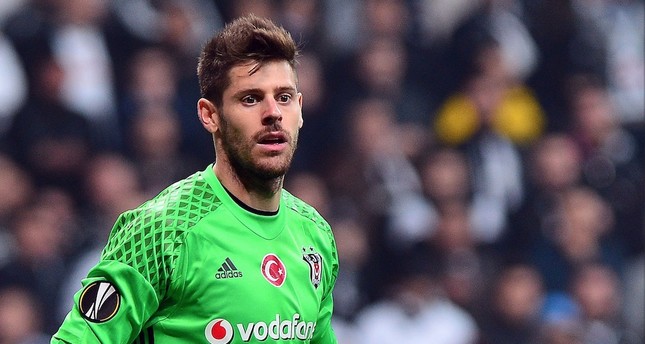 Turkish football powerhouse Beşiktaş boasts high profits in this transfer window while rivals Galatasaray and Fenerbahçe remain in the red, with mounting debts

While Turkish giants Fenerbahçe and Galatasaray grapple with rising debt, their archrival Beşiktaş has marked what has been largely an uneventful transfer window with more than 13.7 million euros in profit.

This year's summer transfer window, running between June 9 and Aug. 31, might be the slowest in recent memory of Turkish football if not for the rumor mill swirling wildly in the media.

Top clubs so far have pursued a cautious transfer policy in the face of mounting debts while others in the Super League have also followed suit. Only a handful of clubs have been able to snatch a number of prominent players, unlike in the past seasons.

The rising currency rates and UEFA Financial Fair Play rules that require clubs not to spend more than they earn severely restrict high-profile transfers, according to experts.

Beşiktaş, however, has firmly placed itself on the other side of the spectrum, enjoying profits of over 13.7 million euros from transfers. It sold Spanish goalkeeper Fabri to Premier League side Fulham F.C. and offloaded Serbian defender Dusko Tosic to China's Guangzhou to the tune of 4.5 million euros. The Black Eagles also collected around 3.5 million euros from Club Brugge for the transfer of Croatian defender Matej Mitrovic. On the other hand, it has only spent 250,000 euros on Umut Nayır, a 25-year-old forward from Ankara's Osmanlıspor. On Friday, it signed Chilean defender Enzo Roco, reportedly on a free transfer from Mexican club Cruz Azul. Turkish media reports claimed that the defender has signed a deal worth 1.3 million euros.

For Fenerbahçe, payments outweigh transfer revenues this season. The Yellow Canaries agreed to a 2.5-million-euro deal for Brazilian forward Fernandao, who moved to Saudi club al-Wehda. Fener, on the other hand, spent 1.5 million euros for midfielder Barış Alıcı and another 2.5 million euros for goalkeeper Berke Özer from Altınordu, a small club in western Turkey which has been hailed for producing some of Turkey's best homegrown talents. Meanwhile, Premier League's Swansea City received 1.5 million euros from the Turkish club for Andre Ayew, the team's most high-profile transfer this season so far. Fenerbahçe also hired Ferdi Kadıoğlu, a Dutch midfielder of Turkish origin, for 1.4 million euros from NEC Nijmegen. In total, Fenerbahçe's losses amount to 4.3 million euros this transfer season.

The other of the Big Three of Turkish football, Galatasaray recorded a loss of 900,000 euros so far in this transfer window. The Lions sold Belgian defender Cavanda to Standard Liege for 2.4 million euros and paid 2.5 million euros for Japanese international Yuto Nagatomo. The club also transferred Nigerian forward Henry Onyekuru on loan from Everton for 800,000 euros.