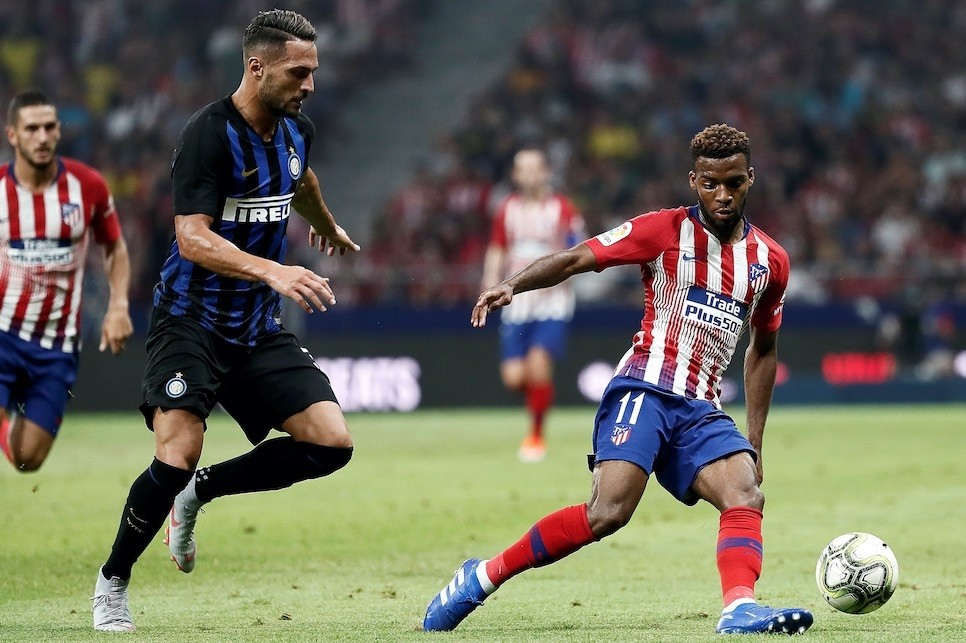 Atletico Madrid made the biggest signing of the Spanish summer by spending $84 million on Monacou2019s France winger Thomas Lemar (R)
by Aug 17, 2018 12:00 am

The Spanish season kicks off this weekend with La Liga entering a new era following the departures of Cristiano Ronaldo and Andres Iniesta, and with Atletico Madrid posing a huge threat to the big two

Spain's preeminence on the European stage was cemented by Real Madrid winning the Champions League in May while Atletico Madrid won the Europa League, just as Barcelona won another domestic double. But much has changed since, and Ronaldo's move to Juventus after 450 goals in nine years leaves a gaping chasm at Real, who also saw Zinedine Zidane quit as coach. After 15 brilliant years at the Camp Nou, Iniesta has gone to Japan, although at least Barcelona still have Lionel Messi.

Nevertheless, while Real and Barcelona have won the last five Champions Leagues between them, neither looks quite as strong as they have been in the recent past. Julen Lopetegui is the new coach at the Bernabeu, the announcement of his appointment leading to his messy sacking from the Spain job before the World Cup. Lopetegui will need to quickly show he can live up to the standards set by Zidane in the Champions League while also making Real contenders in La Liga - they have won the title just twice in the last decade. His new charges lost 4-2 after extra time to Atletico in the UEFA Super Cup in midweek, but skipper Sergio Ramos insists Real will cope without Ronaldo.

"Throughout history, stars have come and gone and Real have kept winning. The decision has been made to move on to a new phase and I hope all goes well for him and for us," he said. Club President Florentino Perez is hoping Gareth Bale and Karim Benzema will now stand up and be counted, while Luka Modric remains and is a contender for the Ballon d'Or after his brilliant World Cup with Croatia.

Messi is now the captain of a Barcelona side who have won seven titles in the last 10 seasons and began this campaign by beating Sevilla 2-1 to lift the Spanish Super Cup. The Catalans have added depth to their squad with the signings of Brazilian duo Arthur and Malcom, French defender Clement Lenglet and Chile midfielder Arturo Vidal. They will also hope for big impacts from Ousmane Dembele and Philippe Coutinho, two big-money buys last season, as they look to retain the domestic crown and end Real's European hegemony.

The Champions League final will be played at Atletico's Wanda Metropolitano stadium, giving Diego Simeone's side huge incentive to go all the way in that competition. However, after finishing 14 points adrift of Barca in second place last season, they also look well equipped to seriously challenge for the league, which they last won in 2014. Antoine Griezmann, the French World Cup winner and another Ballon d'Or contender, rejected Barcelona's overtures to stay put on improved terms. Atletico also made the biggest signing of the Spanish summer by spending 72 million euros ($84 million) on Monaco's France winger Thomas Lemar. The narrative that Atleti are the impoverished underdogs against the big two no longer holds true.

While they aim big, the biggest fixture remains the Clasico, and Barca and Real's first meeting will come at the Camp Nou in late October. Nevertheless, La Liga, which will use Video Assistant Referees this season, offers plenty of interest below the leading trio.