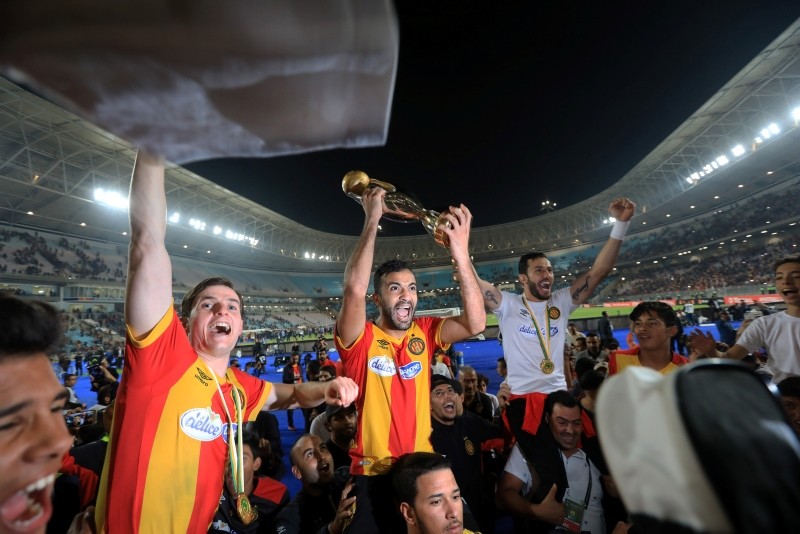 Esperance midfielder Saad Beguir scored either side of halftime to help the Tunisian side win the CAF African Champions League with a 3-0 victory over Al Ahly of Egypt in the second leg of the final to claim the trophy 4-3 on aggregate on Friday.

Crowds piled into streets across Tunisia on Friday to celebrate the victory, but celebrations were marred as at least four people were injured when a drunk driver ploughed into a crowd in the eastern city of Nabeul. A young girl left in serious condition among the four injured, interior ministry spokesman Sofiene Zaag said.

"The driver, who was arrested, was in an advanced stage of drunkenness and had been wanted for a drugs conviction," he said.

There were no other unpleasant incidents as Tunisian police deployed more than 6,000 officers as well as drones and canine units for Friday's final, with metal detectors installed for the first time at all gates into the ground.

In the match, Esperance fought back from a 3-1 defeat in last week's incident-filled first leg in Alexandria, where controversial VAR decisions clouded the outcome, to lift the continent's top club prize in convincing fashion.

The Tunisians had struggled to break down a dogged Ahly defense but made better headway as the game progressed, cheered on by a noisy 60,000-strong crowd at Rades Stadium in the outskirts of the capital of Tunis.

Beguir scored with virtually the last touch of the first period, slipping the ball home after being teed up by a cut back from the left by Taha Yassine Khenissi.

The 24-year-old midfielder then got the all-important second goal as he rose to head home Mohamed Ali Yaccoubi's cross in the 53rd minute before going off minutes later with a knee injury.

Bguir has been a reserve for most of the African campaign and started in the second leg of the final only because Cameroonian Franck Kom was suspended.

The second goal prompted a switch in tactics from both sides as Ahly switched to attack and Esperance immediately made changes to bolster their defense to hold onto their advantage.

But Esperance caught Ahly on the counter attack with Anice Badri adding a third in the 86th minute with his eight goal of this year's competition.

The match had a tense build-up after the first leg in which the referee handed Ahly two questionable penalties and there were accusations of violence by the players of both clubs on the pitch and in the tunnel after the match.

A dominant performance by the "Blood and Gold" at the Stade Olympique de Rades ended a 10-match winless run against Ahly in CAF competitions since July 2011.

It was Esperance's third Champions League success following titles in 1994 and 2011, while Ahly had hoped to extend their record of eight titles by winning for the first time since 2013.