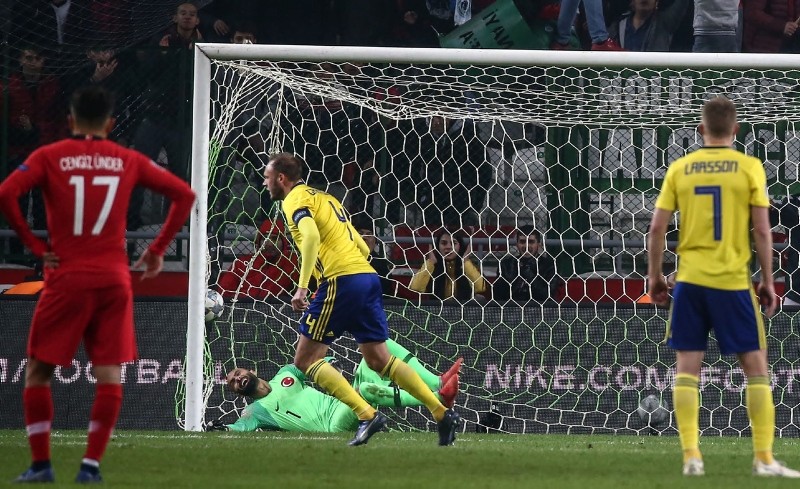 The Turkish National Football Team was defeated by Sweden and relegated to League C in UEFA Nations League on Saturday.

Sweden managed to beat Turkey at home with a single goal by Andreas Granqvist. After emerging victorious from the Konya stadium, Sweden revived hopes for progressing to League A and ensured not to be relegated to League C.

Following today's result, Turkey ranked third in League B, Group 2 with 3 points. Russia and Sweden are Turkey's opponents in the group.

Russia leads the group with 7 points, while Sweden so far has 4 point. Turkey played all its four matches while Sweden and Russia have played three matches in the group.

In the group's last match, Sweden will face Russia on Nov. 20.

The 55 associations were split into four leagues according to their rankings. The group winners in Leagues B, C, and D get promoted, while teams that finish at the bottom of their groups in Leagues A, B, and C are relegated.

Turkey will also play against Ukraine in a friendly match at home in the Mediterranean resort city of Antalya on Nov. 20.