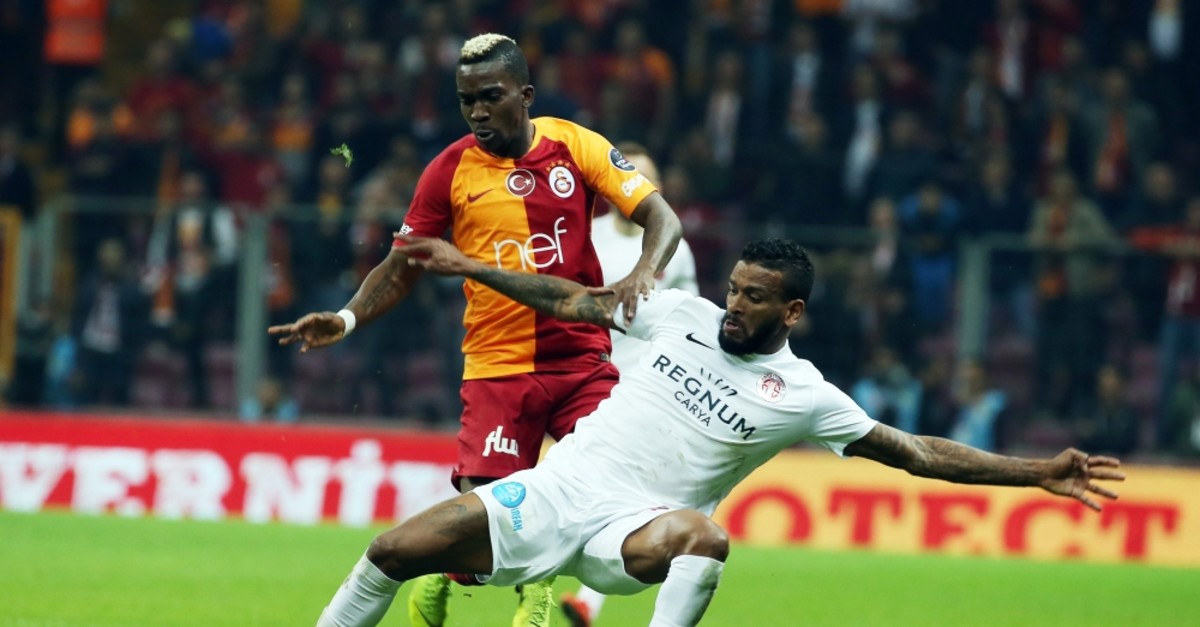 As its rivals Fenerbahçe and Beşiktaş continue struggling in the Süper Lig, Galatasaray rose to occasion once again with a 5-0 victory against Antalyaspor, bringing the points gap with league leader Başakşehir to only eight

Galatasaray is largely unscathed in the race for the Süper Lig title while its main rivals and former powerhouses of Turkish football Beşiktaş and Fenerbahçe have been stumbling. With a 5-0 thrashing of Antalyaspor on Monday evening The Lions have shown that they are still a force to be reckoned with in a league where underdogs rose this season. The home win helped Galatasaray close the gap in points with league leader Medipol Başakşehir to eight points.

A deflected shot by Sofiane Feghouli secured one goal for the Lions in the first half but it was the last 25 minutes of the match where they really roared with four goals, courtesy of a double by Henry Onyekuru which was followed by by Badou Ndiaye and another by the league's top scorer Mbaye Diagne. Diagne, the top scorer of the first half of the Süper Lig, joined the Lions in the transfer window from Kasımpaşa. He scored his first goal for Galatasaray in the past six matches after he was finally included in the starting 11 following injuries and a spell on the bench.

With 49 points and still nine weeks to go, last season's champions, Galatasaray, remain a major threat to Başakşehir who has 57 points. The latest win marks the latest leg of a streak of dominance at home for the Lions, who have secured 27 wins and five draws at the Türk Telekom Stadium.

Internationals take the lead on a Galatasaray squad where homegrown players are either on the bench or assist scorers like Onyekuru and Diagne. However, the real star of Antalyaspor match was Fernando Muslera. The 32-year-old Uruguayan international, who made a comeback after a dry spell and injury in the first half, is one of the Süper Lig's best goalkeepers. The Antalyaspor match led fans and coach Fatih Terim to praise the former Lazio player, who stood out with seven incredible saves. "The summary of match: Muslera held the ball and we couldn't," Antalyaspor coach Bülent Korkmaz said in a post-match press conference. He shares the top saver title with Başakşehir's Mert Günok, who has also conceded only four goals in the second half of the season.

Muslera is praised by pundits and fans alike for keeping the Lions' morale boosted with critical saves after Galatasaray's first goal. A close header by Antalyaspor's Bahadır, a perfect shot by Doukara and a header by Diego in the first half all ended up in the hands of Muslera.