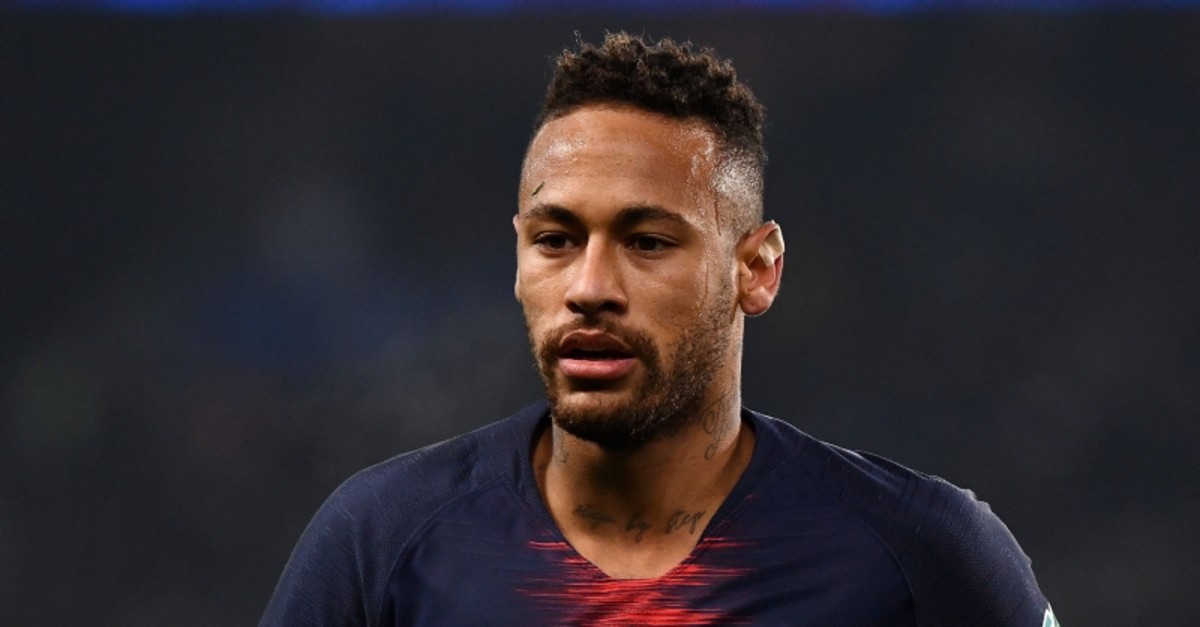 In this file photo taken on Jan. 23, 2019 Paris Saint-Germain's Brazilian forward Neymar looks on during the French Cup round of 32 football match between Paris Saint-Germain (PSG) and Strasbourg (RCS) at the Parc des Princes stadium in Paris. (AFP)
by Mar 13, 2019 12:00 am

Brazil striker Neymar is facing sanctions from European football body UEFA over remarks he made following his side Paris Saint-Germain's elimination from the Champions League in a defeat to Manchester United.

UEFA said Wednesday a disciplinary investigation has started after the PSG forward criticized in an Instagram post the officiating at last week's match.

United scored a late penalty, awarded following a video review, to advance on the away goals rule with a 3-1 win to tie the last-16 encounter 3-3 on aggregate.

Neymar, who is currently sidelined with a foot injury, had watched the game from the stands.

In his Instagram post in Portuguese, Neymar said, "It's a disgrace. They get four guys who don't understand football to watch a slow motion replay in front of the TV," before ending his comments with an abusive remark.