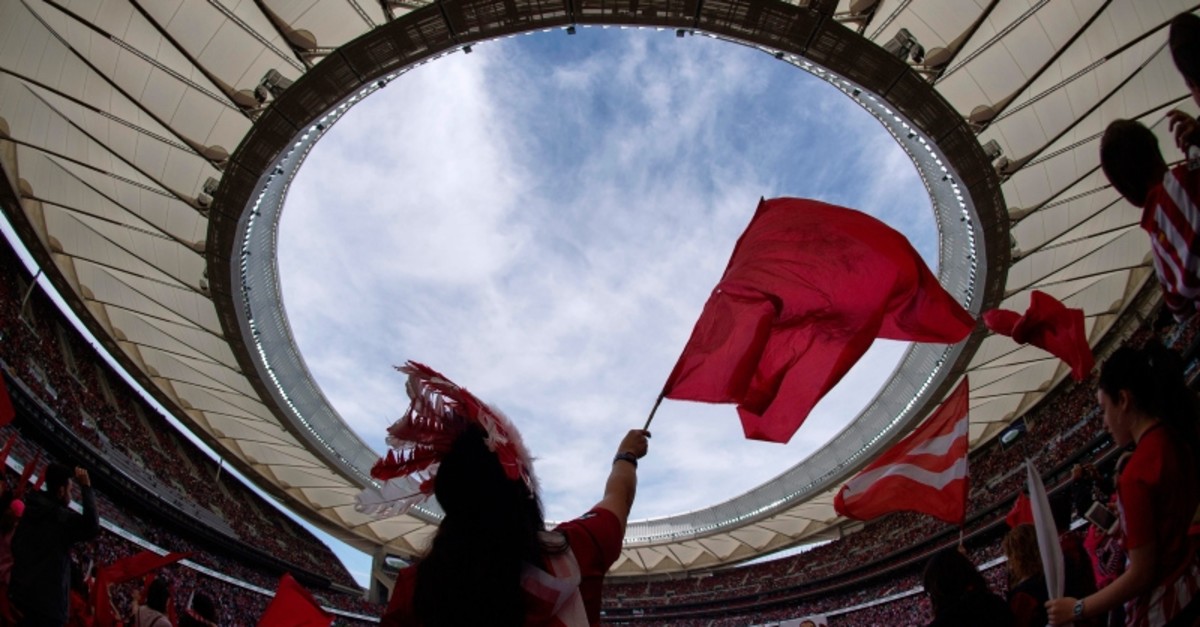 The match between Atletico Madrid and Barcelona on Sunday set a world record for the highest attendance at a women's football club match, the Spanish league said.

The league said that 60,739 people turned out at Atletico's Wanda Metropolitano Stadium to see the hosts lose 2-0 to Barcelona.

Barcelona cut two-time defending champion Atletico's lead at the top of the standings to three points with six matches remaining.

Tickets for Sunday's match started at five euros ($5.60) each, with Atletico club members being allowed to attend for free.

In January, Athletic Bilbao said it set a European record when 48,121 spectators attended a Spanish cup match against Atletico Madrid at San Mames Stadium in Bilbao.

The record for any women's match was the 90,185 people who watched the 1999 World Cup final between the United States and China at the Rose Bowl. At the 2012 Olympic final in London, 80,203 people saw the United States defeat Japan 2-1 to win the gold medal.