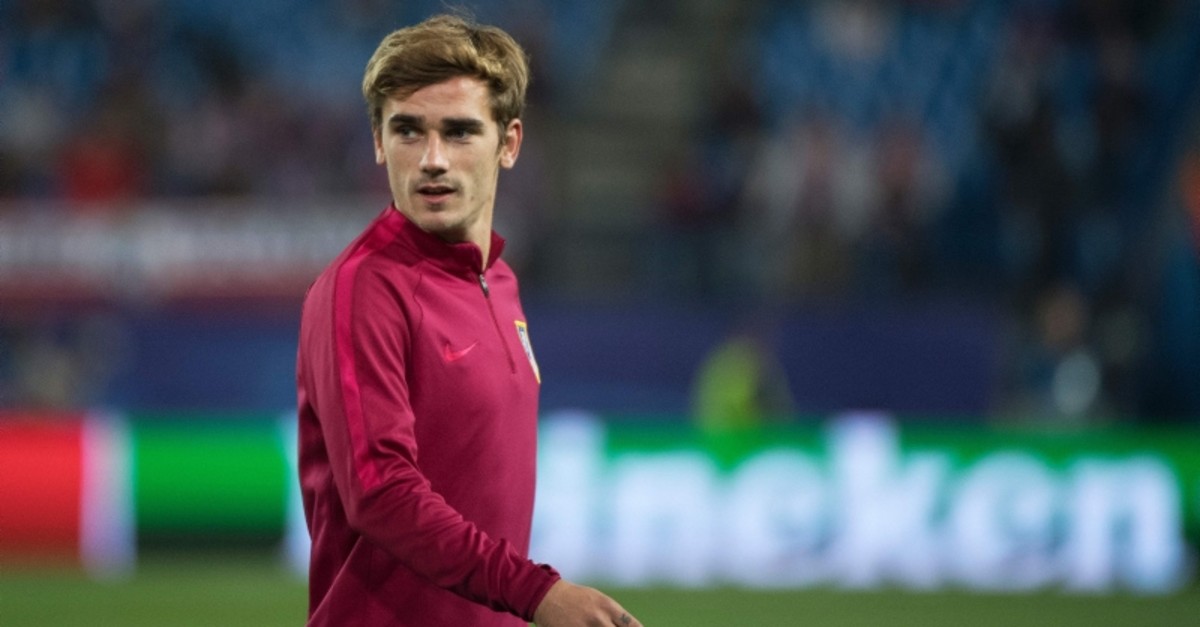 Atletico Madrid's French forward Antoine Griezmann looks on before the UEFA Champions League Group D football match Club Atletico de Madrid vs FC Rostov at the Vicente Calderon stadium in Madrid, on November 1, 2016.
by May 15, 2019 1:08 am

Antoine Griezmann is leaving Atletico Madrid and could be close to joining Barcelona next season.

The France forward told Atletico on Tuesday he has decided not to stay for a sixth season with the club.

He said in a video released by the Spanish club that he wants to "see different things, face other challenges."

"It wasn't easy to make this decision, but it's what I feel and what I need," the 28-year-old Griezmann said. "I want to thank everyone for their support during these five years with the club where I've won my first important trophies. I've enjoyed some incredible moments and I'll never forget them."

"I've truly enjoyed my time with the club," he said. "I've always left everything on the pitch, always tried to make fans happy."

Griezmann did not give any hints about his future but he has been widely linked with a move to Barcelona, with some Spanish media saying he has already reached a deal with the Catalan club.

Barcelona has acknowledged being interested in Griezmann, and the player once confirmed there was an offer made by the club.

There has been speculation about his move to the Catalan club during the most recent transfer windows. Last June, Griezmann announced his decision to stay with Atletico at the end of a 45-minute television special called "The Decision."

Griezmann had a contract with Atletico until 2023 with a reported buyout clause of 200 million euros ($224 million), but the clause will be automatically reduced to about 120 million euros ($134 million) this summer.

Griezmann was a World Cup champion with France last year, when he also finished third in the Ballon d'Or vote for world's best player, behind Luka Modric and Cristiano Ronaldo.

Atletico coach Diego Simeone, who recently said he didn't think Griezmann would leave, is also losing captain Diego Godin for next season. The Uruguay defender said he was not able to reach a deal to extend his contract with the club.

Atletico's final match of the season is Sunday at Levante. It finished second to Barcelona in the Spanish league for a second straight season.