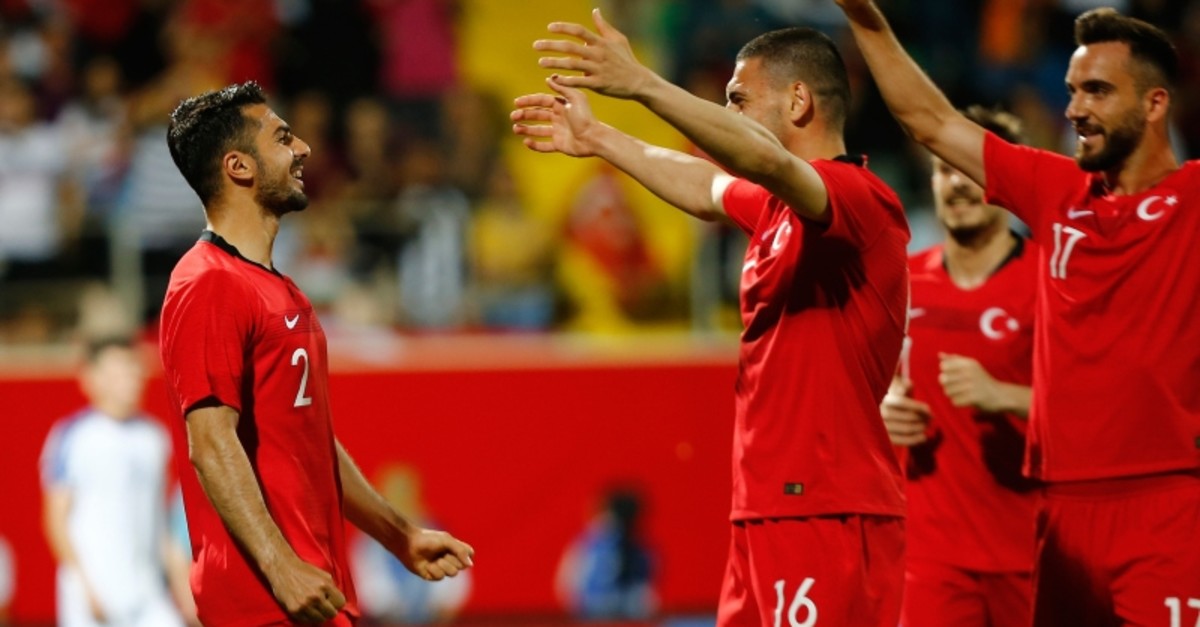 Turkey warmed up for their Euro 2020 qualifier with world champions France by dismissing Uzbekistan 2-0 in a friendly in Antalya on Sunday.

The match in Alanya Bahçeşehir Stadium saw Turkey go up in the 17th minute, when defender Zeki Çelik's header found the net.

In the second half, Turkey increased the lead to 2-0 in the 57th minute, this time Çelik followed up a saved shot by Kenan Karaman.

The victory was the fourth in a row for new national team coach Şenol Güneş.

It was the first time ever that Turkey and Uzbekistan squared off against each other.

Turkey hosts France on June 8 in a Group H table-topping clash. Both sides have six points from two qualifying games so far.

France later hosts Bolivia in a friendly without captain Hugo Lloris and Moussa Sissoko, who played for Tottenham Hotspur in Saturday's Champions League defeat to Liverpool.