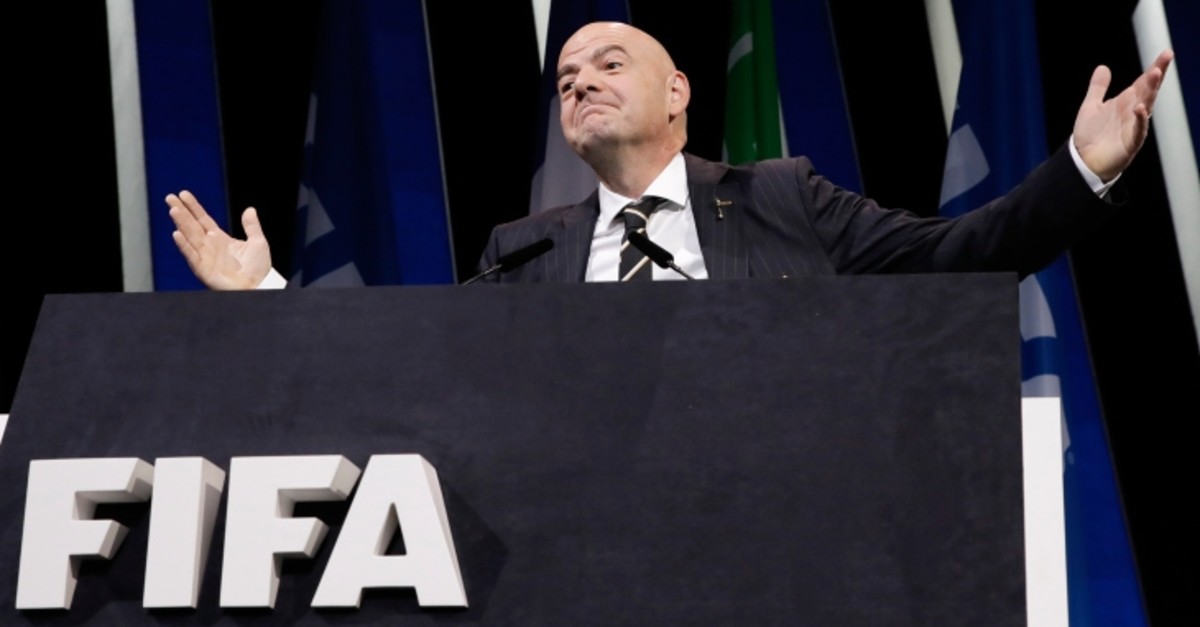 Ahead of his re-election as FIFA president on Wednesday, Gianni Infantino said he has banished scandals and corruption from the soccer body despite losing members of his council for misconduct.

Infantino faced no opposition for a second presidential term through 2023, which was confirmed by acclamation at the FIFA Congress ahead of the Women's World Cup.

Infantino's re-election was marked by a round of applause from the congress after the statutes were changed earlier in the day to no longer require a vote if there was only one candidate for the position.

The 49-year-old Swiss-Italian lawyer now has a four year mandate to try and accomplish his grandiose plans for football which were partly frustrated in his first term.

He has been in charge of FIFA since February 2016, after succeeding Sepp Blatter in the wake of a damaging corruption scandal that Infantino claimed the body had now shaken off.

"Nobody talks about crisis at FIFA any more or rebuilding it from scratch. Nobody talks about scandals or corruption, we talk about football. We can say that we've turned the situation around," he told the congress in a lengthy speech at Paris Expo.

"This organization has gone from being toxic, almost criminal, to being what it should be -- an organization that develops football and is now synonymous with transparency, integrity."

"Today everything is open and transparent. It is not possible at FIFA to make hidden payments of do anything unethical with our money. There is no more place for corruption," he claimed.

Infantino said FIFA's previously precarious financial situation was now looking rosy with the organization's budget increased from $5 billion to $6.4bn and reserves up from $1bn to $2.75bn.

Infantino claimed 11 areas of progress during his tenure, from financial health, women's development, the fight against racism and a scandal-free 2026 World Cup bidding process. However, he said the implementation of the Video Assistant Referee (VAR) system had been his major triumph.

"It's the biggest success story. It has become an integral part of football inside one year. It doesn't change the game, but it helps and cleans the game. It brings justice to the game. It's not perfect but it's very close to perfection," he said.

Infantino also used the opportunity to promote the new-look 24-team Club World Cup, which starts in two years' time but is under threat of a boycott from Europe's top clubs due to concerns over fixture congestion.

"We know that clubs are the heartbeat of the game, they train the players. We need to offer clubs a chance to shine on a world stage and to challenge for a World Cup," he added.