Host France off to a flying start at Women's World Cup 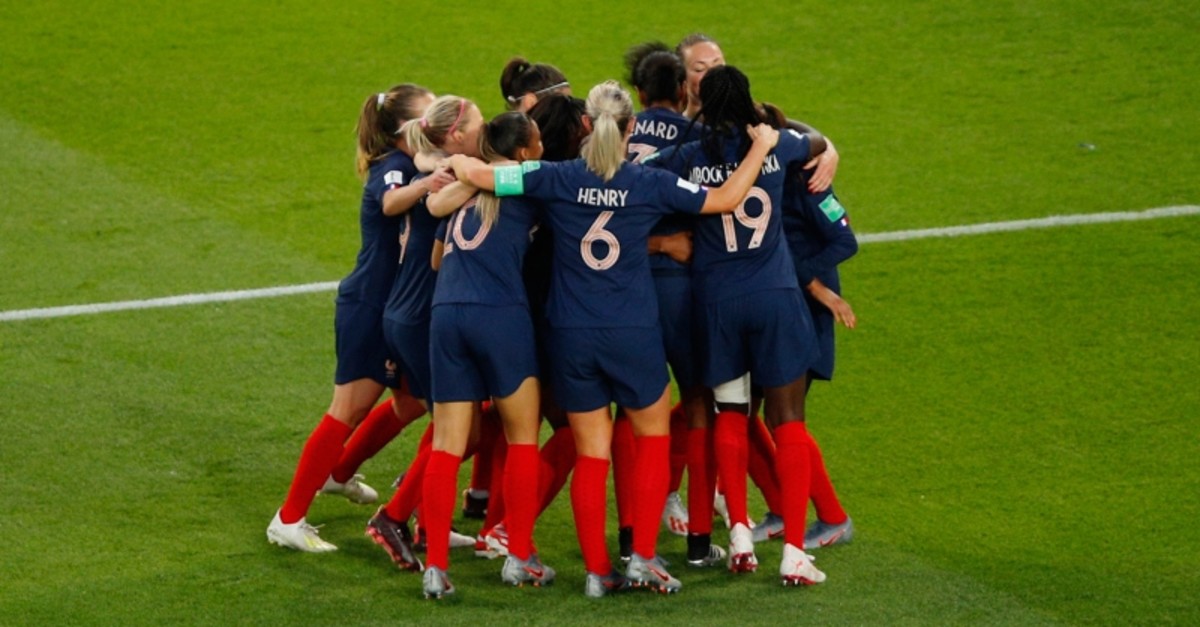 France players celebrates after her teammate Wendie Renard scored her side's third goal, during the Women's World Cup Group A football match at the Parc des Princes in Paris, Friday, June 7, 2019. (AP Photo)
by Compiled from Wire Services
Jun 08, 2019 12:33 am

Wendie Renard, a 6-foot-2 the tallest player in the tournament, scored a pair of headers off corner kicks, and Les Bleus overwhelmed South Korea 4-0 Friday night in a gala World Cup opener.

French pop star Jain provided the pre-game entertainment for the sellout crowd of 45,261 fans. The display was watched by France's President Emmanuel Macron and his wife Brigitte, who were in the crowd alongside FIFA President Gianni Infantino.

Les Bleues are among the favorites to win the trophy on home soil. Ranked fourth in the world, the French have underperformed at recent major tournaments, losing in the quarter-finals of the last World Cup, Euro 2017 and the last Olympics.

France is vying to become the first nation to hold both the men's and women's World Cup titles at the same time.

Norway take on Nigeria in the other Group A game in Reims on Saturday.