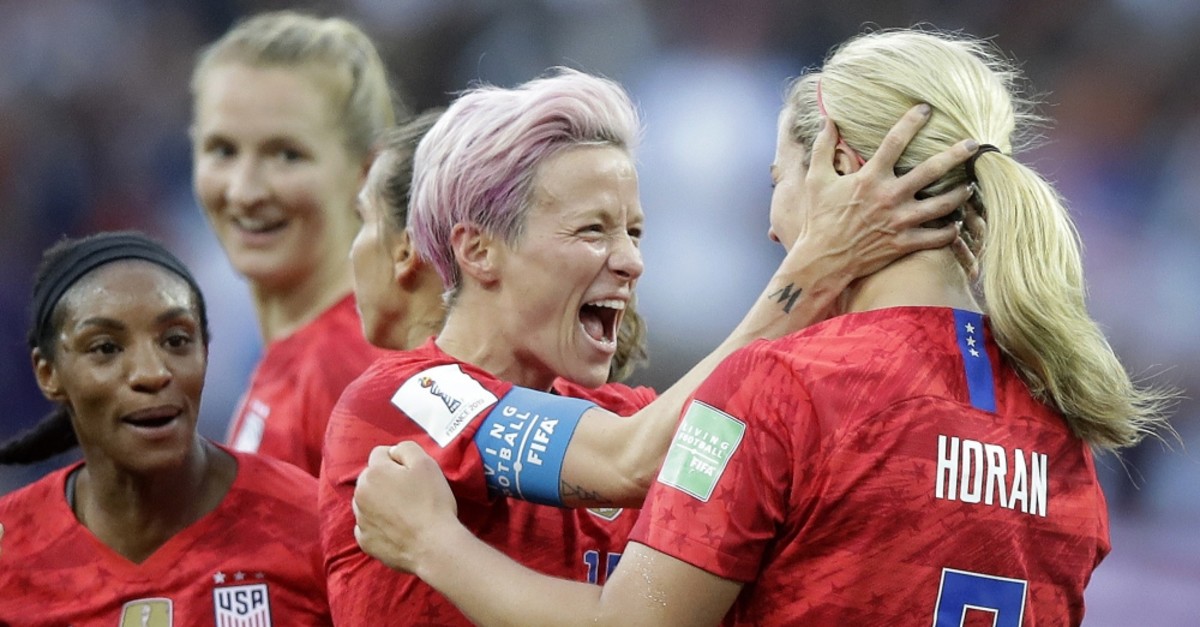 Holders the United States began their defense of the women's World Cup by crushing Thailand 13-0 but their joyous celebrations of the tournament's record win triggered a backlash Wednesday.

The U.S. team scored 10 goals in the second half in Reims on Tuesday as they bettered Germany's 11-0 win over Argentina in 2007 and shattered their own previous tournament best of 7-0. American star Alex Morgan grabbed five goals while Rose Lavelle and Samantha Mewis netted twice each and Lindsey Horan, Megan Rapinoe, Mallory Pugh and Carli Lloyd also got on the scoresheet in the Group F encounter watched by more than 18,000.

But the Americans' wild goal celebrations in such a one-sided game were not to everyone's taste. Former Canadian international player Kaylyn Kyle, working as an analyst for Canada's TSN at the tournament, said on air: "As a Canadian we would just never ever think of doing something like that... For me it's disrespectful, it's disgraceful." Kyle said later on social media she had received death threats for her comments, but repeated that she felt the Americans' celebrations were "excessive and disrespectful."

Many Twitter users also criticized the show of joy with the hashtag "UglyAmericans." "A classless winner is worse than a sore loser, regardless of gender," said one tweet.

USA Today columnist Nancy Armour was unapologetic. "Take the pearl clutching and righteous indignation somewhere else. This is the World Cup, not a rec league tournament," she wrote.

USA coach Jill Ellis hit back at suggestions her players could have eased up and spared 34th-ranked Thailand complete humiliation. "This is a world championship so every team that is here has been fantastic to get to this point. To be respectful to opponents is to play hard against opponents," Ellis said. Captain Megan Rapinoe said her team had been overjoyed at setting the record score but insisted they did respect all their opponents. "We always want to have any world record and anything we can get over the Germans, we'll take it," Rapinoe said. "Obviously we have the utmost respect for everyone we play, but it's the World Cup."

Thailand's deflated coach Nuengruethai Sathongwien said she had no excuses, adding: "We accept that they are better."