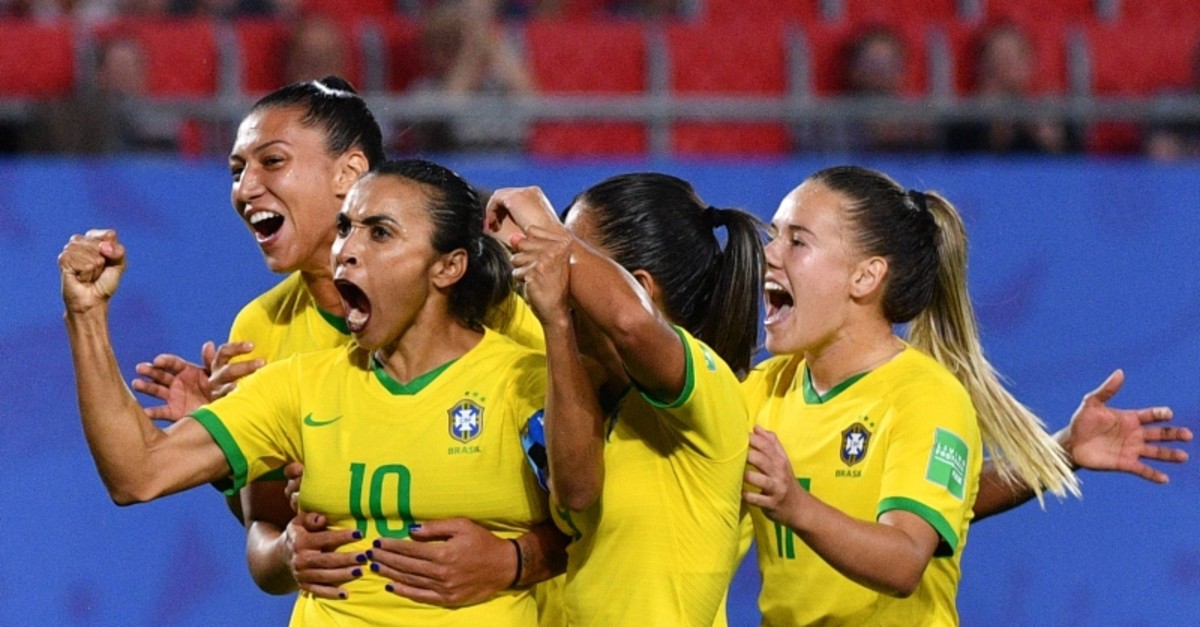 Brazil's forward Marta (2ndL) is congratulated by teammates after scoring a goal during the France 2019 Women's World Cup Group C football match between Italy and Brazil, on June 18, 2019, at the Hainaut Stadium in Valenciennes. (AFP Photo)
by Jun 18, 2019 11:56 pm

Marta became the leading scorer in the history of the men's and women's World Cups on Tuesday after firing home the penalty that downed Italy and secured Brazil's place in the last 16 of this year's tournament in France.

The 33-year-old, widely considered the best player in the history of the women's game, slammed home from the spot in the 74th minute against Group C winners Italy to secure qualification and take her World Cup tally to 17.

That puts her one ahead of former Bayern Munich and Lazio striker Miroslav Klose in the all-time rankings.

The Aussies will play Norway in Nice in the next round on Saturday after they made sure of qualification on Monday with a scrappy 2-1 win over eliminated South Korea that came thanks to two penalties.

Italy meanwhile will take on one of the four best third-placed finishers after topping the group ahead of Australia on goal difference, while Brazil have to wait to know their opponent.