Underdogs have big day at African Cup of Nations 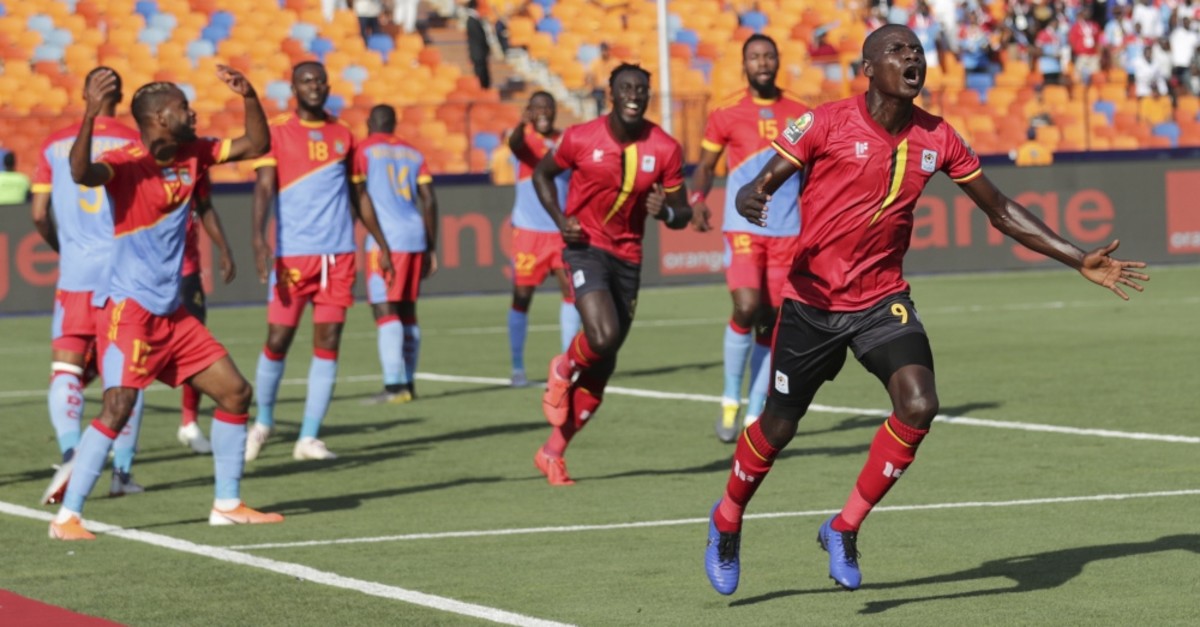 The African Cup of Nations in Egypt that bring together the best of the continent sees a rise of underdogs toppling favorites, like Uganda defeating Congo and Burundi winning against Nigeria

Underdogs had a big day at the African Cup of Nations in Egypt as Uganda won on its return to the tournament after 41 years and Madagascar held Guinea to a draw on its debut. Burundi, another African Cup first-timer, pushed mighty Nigeria all the way. Uganda beat two-time champion Congo 2-0 in Cairo to start the second day of action. Both goals came through headers from set-pieces, with Patrick Kaddu scoring from a corner in the 14th minute and Emmanuel Okwi heading in a free kick early in the second half. That put Uganda top of Group A on goals scored ahead of Mohamed Salah and Egypt, who won the opening game against Zimbabwe on Friday. Uganda last played at the African Cup in the late 1970s. After winning on Saturday the players probably didn't mind that their long-awaited return came at a near empty Cairo International Stadium, an illustration of the African Cup's perennial problem with fan attendance when the home team isn't playing.

In Alexandria, Nigeria needed Odion Ighalo's late winner four minutes after he came on as a substitute to deny Burundi on its debut. Ighalo pounced on his first chance. The forward slipped in behind the Burundi defense after a backheeled pass by Ola Aina and stroked a right foot shot across the goalkeeper and into the far corner. Three-time champion Nigeria deserved the win on the second half evidence, but not on the first 45 minutes. Then, Burundi was the more adventurous team on the biggest day in its soccer history. Cedric Amissi controlled a long pass superbly but had his shot blocked by Nigeria keeper Daniel Akpeyi. Akpeyi struggled to keep out a powerful long-range free kick by Gael Bigirimana and Frederic Nsabiyumva hit the crossbar with a header.

Nigeria, one of the favorites for the title alongside Egypt and Senegal, ultimately prevailed over the tenacious newcomers after some second-half substitutions injected life into the team. "It was a very difficult game," Nigeria captain John Obi Mikel said. "It was tough. We knew that they are a tough team. They can run and run and run." Nigeria tops Group B ahead of Guinea, Madagascar and Burundi.

Madagascar also made its African Cup debut straight after in a double-header at Alexandria Stadium on the Mediterranean coast. Sory Kaba gave Guinea the lead after running onto a long pass, pushing the ball past goalkeeper Melvin Adrien, and swerving past him to score in an empty net. Madagascar responded twice in six minutes in the second half. Anicet Andrianantenaina headed in unmarked from a corner. Guinea's defense stood waiting for the offside flag when Carolus Andriamahitsinoro scored from nothing for 2-1. Guinea won a penalty, converted by Francois Kamano, to get a draw. Midfielder Naby Keita came on in the second half to make his return from injury and couldn't connect with a cross in injury time that would have won it for Guinea. Guinea coach Paul Put said his team gave away two "stupid goals." "I hope it's a lesson for the players," he said.

Nigeria clicked in the second half against Burundi after Ahmed Musa and later Oghalo came off the bench to lift a team that had struggled in the buildup with a number of players struck down with illness.

Coach Gernot Rohr said "half the team" had a fever this week and couldn't train properly. Nigeria also said winger Samuel Kalu was recovering and had been released from the hospital after he collapsed at training on Friday with dehydration.

This African Cup has been switched from its regular January-February slot to June and July so it doesn't clash with any European leagues. But that's landed it in the middle of Egypt's sweltering summer. Organizers warned teams that temperatures will rise to 34-38 degrees Celsius and games will allow for two water breaks during play, in the 30th and 75th minutes.