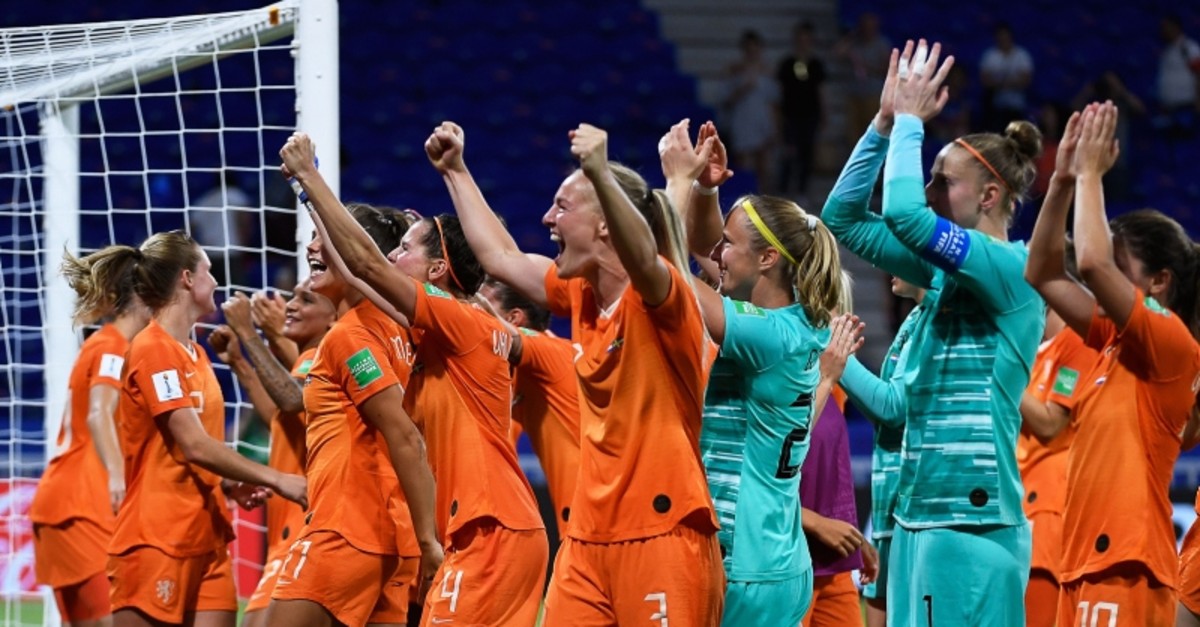 Record champions the U.S. are the favorites in Sunday's women's World Cup final against the Netherlands who could upstage the men by winning a first global title for the nation

The Dutch women can achieve what the men have never managed, winning a football World Cup. But in order to so, the European champions must overcome title-holders and record three-time champions the U.S. who aim to be part of a potential double golden Sunday for the country.

The Lyon match takes place on the day 45 years after Johan Cruyff and company lost the first of three men's World Cup finals, 2-1 against West Germany in Munich. Playing only for the second time at the global stage, a golden women's generation can cap their performances with the trophy, two years after winning a surprise continental title on home ground.

"It is just a match. We will do everything to win," said midfielder Jackie Groenen, who scored the 1-0 extra-time winner in the semifinal against Sweden. "It is not normal that we are here now. I am so proud of all the girls, we are working so hard every day. It is really nice to play football on this team."

The Dutch have been praised for their team spirit, and coach Sarina Wiegman also sees this as a huge asset. "There is an enormous drive in the team, there is a collective fight for every meter. And you can achieve more if you work well as a team. Then you don't have to be better than your opponent, you can beat anyone," Wiegman said.

Midfielder Danielle van de Donk hopes that the Dutch will be seen as underdogs in the decider which could work in their favor. "I think they [the U.S.] will underestimate us. We will show them what we are capable of and perhaps surprise them," she said.

The task is a daunting one against a star-studded American team which started the tournament with a World Cup finals record 13-0 demolition of Thailand, and then eliminated fancied Spain, hosts France and fighting England en route to a fifth final in eight overall tournaments.

The team around flamboyant and outspoken captain Megan Rapinoe is fighting for equal pay compared to the men's team which is also contesting a major final later Sunday, against Mexico at the Gold Cup.

Two titles on one day would be a first and a huge achievement for U.S. football but the women remain the more successful of the two overall. But before resuming their equality bid off the pitch they want another trophy on it, and Rapinoe has said she will be fit to play again after missing the England match with thigh muscle problems.

Rapinoe's refusal to go to the White House for political reasons if the team is invited has made big waves, including from President Donald Trump himself, and Alex Morgan's tea-sipping goal celebration against England also made plenty of headlines. But Jill Ellis' team can afford this as they seem a class above all others on the field of play, and are heavily fancied to lift the trophy once again on Sunday.

"We have shown throughout the tournament that we are a unit," Morgan said. "We won't be satisfied until we have fulfilled our big dream."