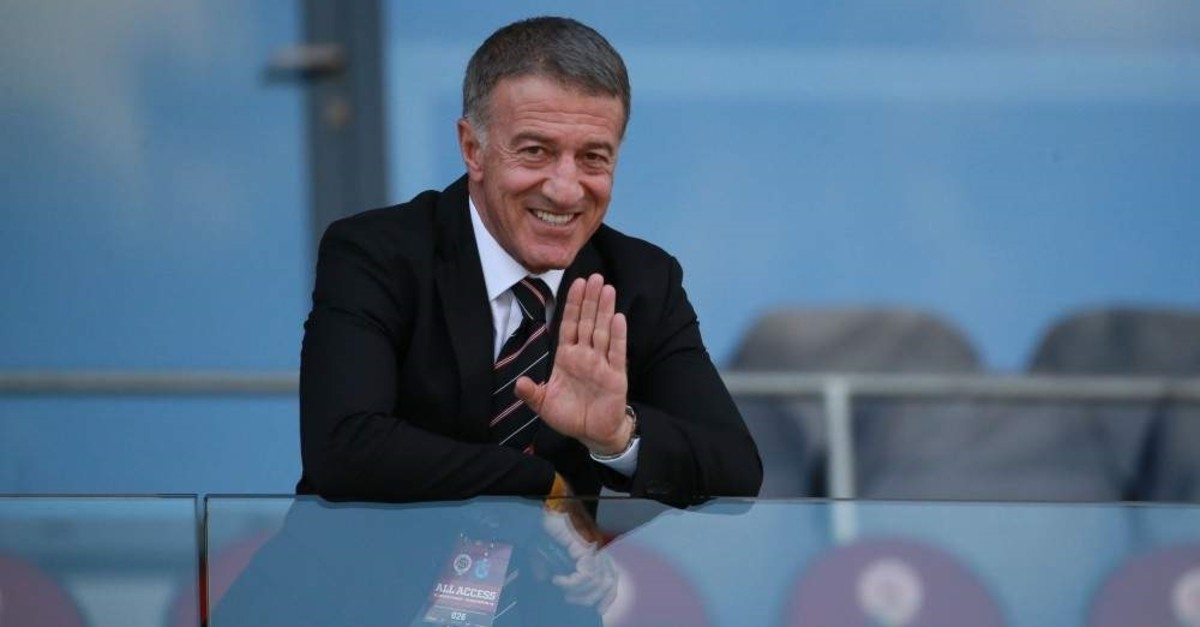 Süper Lig powerhouse Trabzonspor’s chair Ahmet Ağaoğlu says his administration has managed to lower the club’s debt for the first time in 19 years. The club has been in the red like most other Süper Lig outfits struggling with mounting debts. Pundits say the debts of the Turkish clubs often stem from mismanagement and heaping astronomical fees for transfers that pay off little in the long run.
In remarks to the club’s official magazine, Ağaoğlu pointed out that Trabzonspor was back in the competition in the UEFA Europa League after a long break, and they managed to lower debts to the UEFA as well. “We pulled player expenses down to the 16 million euro level from 38 million euros yearly and are actively recruiting players from the club’s junior teams [instead of foreign, expensive transfers]. The UEFA told us that we could compete despite the fact that we had a loss of 55 million euros and that we could continue our administrative and sports policies on the condition of giving half of our income to the competition,” he said.
Ağaoğlu said they are now focusing on how they could curb the 50% cut for the UEFA. “This is a big cut and restricts our spending. We filed for a trial in the Court of Arbitration for Sports and though it appears we can’t have it entirely removed, it can be decreased to 25%,” he said.
Turkish football's powerhouses Beşiktaş, Fenerbahçe, Galatasaray and Trabzonspor have debts of TL 10.6 billion in total, according to last season's figures. Multiple audit reports indicate that they are in a financial bottleneck. Yet, this did not curb their shopping spree during the summer transfer window. Fifty-one new players joined the four clubs and their total cost, excluding fees for their agents, reached TL 716 million, Anadolu Agency (AA) reported last month.
Last Update: Dec 20, 2019 1:23 am