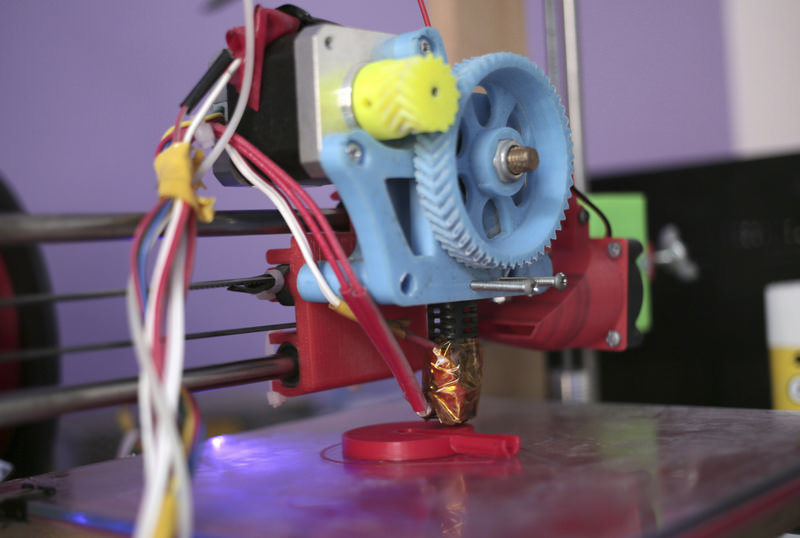 by Associated Press
Sep 11, 2015 12:00 am
A Palestinian-Canadian doctor has created a low-cost stethoscope using a 3-D printer, the first in a series of inventions he hopes will help alleviate medical supply shortages caused by an eight-year blockade on the Gaza Strip.

Dr. Tarek Loubani says his stethoscope can be made for just $2.50 a fraction of the cost of leading brands -- and some doctors say the equipment is just as good. The shortage of basic medical devices in the isolated Palestinian territory "is something that I think we can translate from a big problem to a big win for us in Gaza," said Loubani, an emergency medicine doctor from London, Canada, whose Glia Project aims to provide medical supplies to impoverished places like Gaza.

Hospitals have been struggling since the militant Hamas group took over the Gaza Strip in 2007 and Israel and Egypt imposed a blockade on the territory. The import restrictions have led to shortages of medicines and basic supplies like medical consumables and IV bags.

Three wars with Israel, a bitter political rift between rival Palestinian factions and a failure by international donors to deliver on promised pledges of money have compounded the crisis.

Loubani hopes to "produce these devices locally so they meet local need and so that they are not dependent of the political winds of the Israelis and of the donor community." The 34-year-old emergency medicine doctor from London, Ontario, helped out at Shifa, Gaza City's main hospital, during an eight-day war between Israel and Palestinian militants in 2012.

As wounded Palestinians poured into the emergency room, the doctors there had to make due with just two stethoscopes, he said. Back in Canada after the war, he was playing with his nephew's toy stethoscope when he realized a real stethoscope's ear tube might not need to be made of stainless steel. After several years of researching, designing and testing, Loubani and his team unveiled a plastic prototype last month. The first 3-D printed stethoscope was tested in Canada using a balloon filled with water. Audio tests showed that the Glia stethoscope was on par with the leading model on the market, the Littmann Cardiology III. "The Glia model stethoscope is indeed a high quality instrument," said Dr. Jonathan Dreyer, research director of emergency medicine at the Schulich School of Medicine and Dentistry at the University of Western Ontario, who is not a member of the Glia Project. "I have used it on many of my patients in the emergency department and can attest to the fidelity of the sound," he said, adding that it is "as good or better" than the Littmann Cardiology III.

The Glia Project has also developed designs for 3-D printable surgical tools like needle drivers, used by surgeons to hold suturing needles, and pulse oximeters, used to measure the oxygen levels in a patient's blood. On a humid day this week, Loubani, who is visiting Gaza, watched as members of his team began printing a stethoscope head on a 3-D printer at a store in Gaza City. The printer, assembled locally, melted layers of red filament in a circular motion over a heated surface. As soon as the printer finished, Loubani connected the head to red ear tubes and ear tips that were also created with a 3-D printer.

"This is simple, cheap and it's enough for us here," said Dr. Ayman Sahbani, head of the emergency department at Shifa, who tested the Glia stethoscope. "Now we can make a stethoscope available for each doctor." Loubani is slowly introducing his invention to doctors here. It's a slow process because he said many doctors in Gaza don't use stethoscopes, but he hopes the price and quality will encourage them and doctors in impoverished countries elsewhere. "I'm very happy that patients in Gaza and patients all around the world can now, with these stethoscopes, receive the best care possible," Loubani said.