Traffic accidents kill 1.25 million each year in the globe, 6,000 in Turkey: WHO 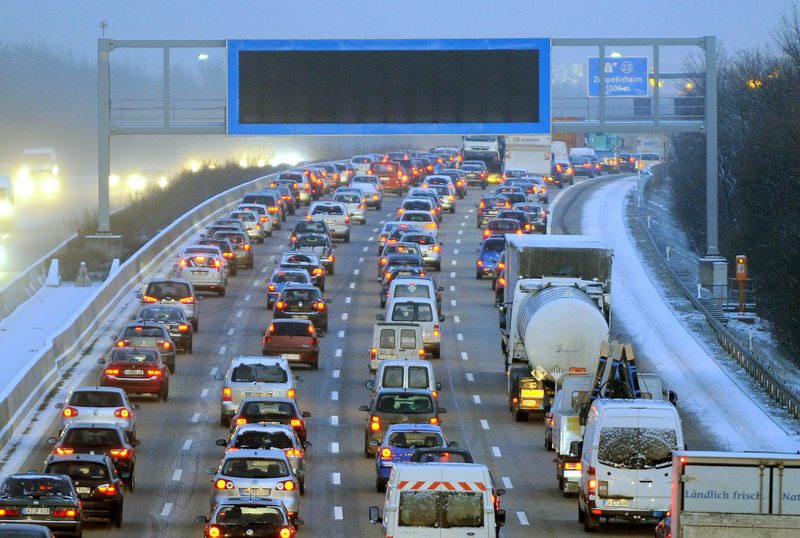 Traffic accidents are still the leading cause of death among 15- to 29-year-olds worldwide and cost governments on average about 3.0 percent of their annual gross domestic products, the report showed. (EPA Photo)
by Compiled from Wire Services
Oct 19, 2015 12:00 am
Some 1.25 million people are killed in traffic accidents around the world each year, with Africa by far the continent with the most dangerous roads, the World Health Organization (WHO) said in report published Monday. This number is more than 6,000 a year in Turkey, the WHO report said. 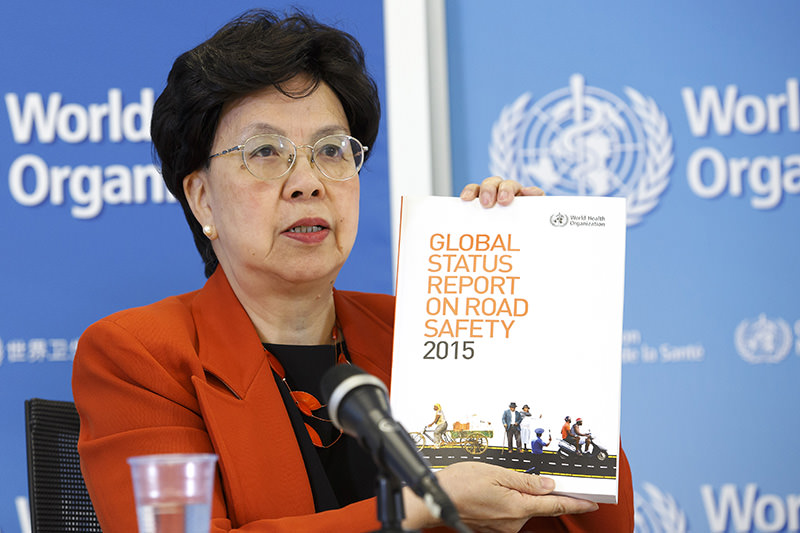 The UN health agency's Global Status Report on Road Safety showed that the situation is improving, with the number of deaths remaining stable in recent years even as the number of cars and other vehicles on the road has increased rapidly. In the last three years, 79 countries have shown significant improvement in decreasing fatalities in traffic accidents while fatalities increased in 69 countries.

But traffic accidents are still the leading cause of death among 15- to 29-year-olds worldwide and cost governments on average about 3.0 percent of their annual gross domestic products, the report showed.

And while many countries have stepped up efforts to improve the situation, including law changes and making vehicles and roads safer, many poorer nations especially are lagging far behind.

A full 90 percent of global road traffic deaths occur in low- and middle-income countries, even though they count only 54 percent of the world's vehicles. The United States, Indonesia and Nigeria are among countries failing to apply best practices, the WHO's Global Status Report on Road Safety 2015.

The death rate in Africa is particularly high, counting 26.6 annual traffic deaths for every 100,000 citizens, compared with 9.3 in Europe, where the death rate is the lowest.

"We're moving in the right direction," Chan said, noting that "the report shows that road safety strategies are saving lives."
"But it also tells us that the pace of change is too slow," she added.

Nearly half of all those killed in traffic are either walking or on two wheels, Monday's report showed, with pedestrians accounting for 22 percent of all deaths, motorcyclists making up 23 percent, and cyclists four percent.

Africa is particularly deadly for pedestrians and cyclists, who make up 43 percent of all road traffic deaths on the continent, according to the report.

"Decision makers need to rethink transport policies," said Etienne Krug, head of WHO's disability, violence and injury prevention unit, warning that "the lack of policies aimed at vulnerable road users is killing our people and harming our cities."

Monday's report found that road safety had improved significantly in countries with laws regulating five risk factors: speed, drunk driving, and the use of helmets, seatbelts and child seats.

Over the last three years, 17 countries, with a total of 409 million inhabitants, have adopted laws in at least one of these areas in line with international best practices, it said.

WHO recommends that maximum speed in urban areas should be set no higher than 50 kilometers (31 miles) per hour.

But only 47 countries, representing 950 million people, respect that recommendation, the report found.

The report also stressed the importance of banning drunk driving, noting that only 34 countries, with a total population of 2.1 billion, follow WHO recommendations to limit permitted blood alcohol levels to below 0.05 grams, and for younger drivers to 0.02 games.

"Twenty-one of these countries are in the European region, suggesting the need to extend good practice globally," the report said.

As for helmet use, WHO would like to see it made mandatory for all two-wheel users, including children, but only 44 countries, with some 1.2 billion inhabitants, currently have such laws on the books.

A full 161 countries meanwhile have national seatbelt laws, and 105 of them, representing 4.8 billion people, meet best practices by requiring that the life-saving belts are fastened both in the front and back seats.