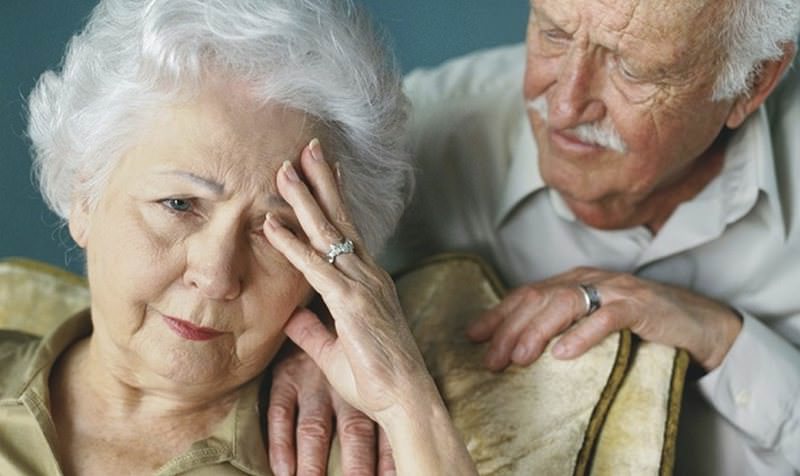 Elderly woman in a care home, 2010. (FILE Photo)
by Daily Sabah Dec 09, 2015 12:00 am
Alzheimer's disease which was once rendered incurable, may be beaten soon thanks to a molecule found by South Korean scientists that was able to remove toxic plaques that cause the disease.

The EPPS molecule, used in the treatment tested on mice, not only managed to dissolve the plaques (a build-up of abnormal proteins) in the brain, but also ameliorated learning and memory in the disease-ridden mice.

The scientists experimented on lab mice that were genetically engineered to develop the disease-causing plaques-which models the human disease- and divided them into two groups.

The first group of mice was given EPPS in their drinking water for two weeks straight, making them the experimental group whereas the second group of mice -the control group- was only given normal water.

After three months of observations, the experimental group performed much better in the mazes set for the mice and showed clear improvement in memory and behavior. The EPPS mice also had fewer plaques in their brains when compared to the beginning of the experiment.

The new foundings were published in the journal Nature Communications on December 8, 2015 and although many more years of animal trials are needed before the drug can be tested on humans in clinical trials, it is surely promising for the future of medicine.

Amyloid build-up is believed to be the leading cause of the disease, while also being the culprit behind a chain-reaction of other changes within nerve cells that eventually trigger the devastating effects of Alzheimer's.

According to the Alzheimer's Association, Alzheimer's is the only one of the 10 leading causes of death that cannot be prevented, cured, or slowed.

Alzheimer is the most common form of dementia.

Worldwide, some 46.8 million people currently have dementia, and that number is expected to triple by the year 2050, reaching some 131.5 million, according to Alzheimer's Disease International.

The disease carries a heavy cost burden, costing the world $818 billion in 2015.