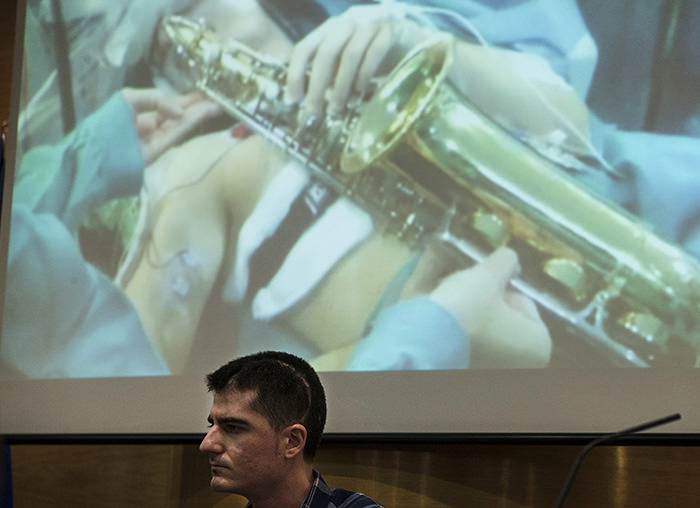 Spanish musician Carlos Aguilera remained conscious and played his saxophone, while he underwent a 12-hour long operation on Wednesday, during which doctors removed a brain tumor.

The 27-year-old musician played a jazz classic "Misty" during the operation on his alto saxophone towards the end of the operation conducted by a team of 16 surgeons at the Malaga Regional Hospital. Such medical operation is reportedly first of its kind in Europe, according to the hospital.