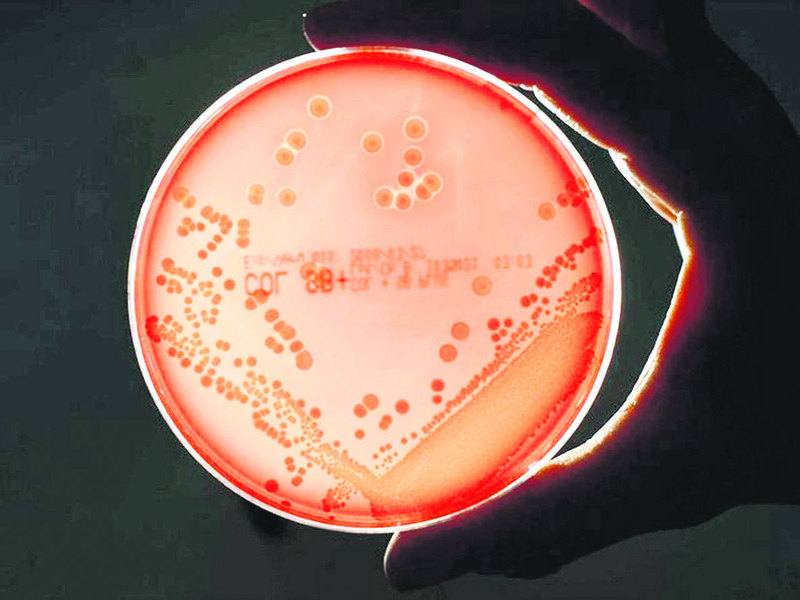 by Anadolu Agency Jan 09, 2016 12:00 am
Canadian scientists warn that a new superbug bacteria is showing up in humans and is a wakeup call to stop adding antibiotics to animal feed, according to reports Wednesday.

The Lancet Infectious Diseases journal reported on its website in November 2015 that the gene can be passed from animal to human, posing a health danger as the resistant strain has been found in pigs, meat and a number of patients in China. Since then, scientists in other countries, including Britain, Denmark and Laos, have had similar findings. The Lancet said worldwide action is immediately needed to curtail feeding antibiotics to animals.

"Our findings emphasize the urgent need for coordinated global action in the fight against [the] bacteria," The Lancet said on its website. A case of a patient with an abdominal infection in Canada's Ottawa hospital found the bacteria resistant to colistin present, said hospital microbiologist Marc Desjardins.

"Testing we had done indicated that colistin probably wouldn't work with this organism," he told the Canadian Broadcasting Corporation. Fortunately, the patient was a carrier and the bacteria was not the cause of the infection, Desjardins said. The patient was treated successfully.

"When you use antibiotics in agriculture in feed to promote growth and improve economic returns, the problem is that you also put selective pressure on these organisms to develop resistance and these organisms get introduced into the food chain," he said. "They go from animals to humans. When they start getting introduced to humans you start to [get] into problems."

Some fast food chains have discontinued the use of meat from animals that have been fed antibiotics, but Dr. Andrew Morris, director of the antimicrobial stewardship at Mount Sinai Hospital in Toronto said the practice should be more widespread.

Doctors are now ringing the warning bell, loud and clear.

"Infectious diseases have gone from having a real plethora of [treatment] options to having extremely limited options," said Dr. Michael Gardam, director of infection prevention at Toronto's University Health Network. "One has to assume without some very concerted efforts, during my career I'll start seeing patients that I cannot treat at all."
RELATED TOPICS