Smokers have harder time getting work, make less than non-smokers: US study 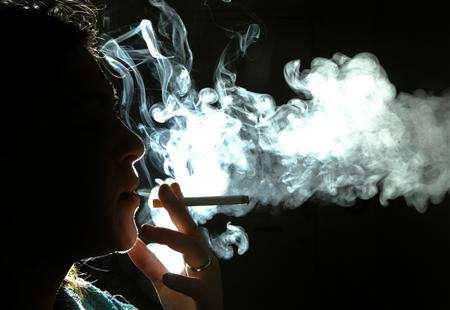 People who smoke may find it harder to get work, and make less money than non-smokers, according to a US study out Monday.

The findings in the Journal of the American Medical Association (JAMA) Internal Medicine were based on more than 250 unemployed job-seekers in the San Francisco area.

About half smoked cigarettes -- on average 13 per day -- and the other half did not smoke.

Researchers checked in with them six and 12 months after they enrolled in the study to see how their job hunts were going.

"We found that smokers had a much harder time finding work than nonsmokers," said lead author Judith Prochaska associate professor of medicine at Stanford University.

After one year, 56 percent of non-smokers had found work, compared to only 27 percent of smokers.

Among those who had jobs, smokers earned an average of $5 per hour less than nonsmokers.

Smokers who managed to get work earned an average of $15.10 per hour, compared to $20.27 per hour for nonsmokers.

Nearly two-thirds of those in the study were men. Participants' average was 48.

Whites made up 38.2 percent of the study, African-Americans were 35.9 percent, and the remaining subjects were Hispanic, Asian or "other" race.

One third of those studied had a college degree.

The study had some limits, including its small size and its geographic location in health-conscious northern California, where smoking can carry a significant stigma.

There were also some key differences between the groups in their analysis: smokers tended to be younger, less-educated and in poorer health than nonsmokers.

"We designed this study's analyses so that the smokers and nonsmokers were as similar as possible in terms of the information we had on their employment records and prospects for employment at baseline," said co-author Michael Baiocchi, an assistant professor of medicine at Stanford.

The study urged employment service agencies to use the findings to "raise awareness of tobacco-related costs, wage losses, health harms and associations with lower reemployment success," and to connect job-seekers to resources that could help them quit smoking.

Turkey is among seven other countries in the world imposing tobacco control measures or efforts to decrease the use of tobacco products, according to the World Health Organization (WHO). A WHO report released in 2015 showed a 12 percent decline in tobacco sales and a decline in the prevalence of tobacco smoking from 31.2 percent to 27.1 percent in four years.