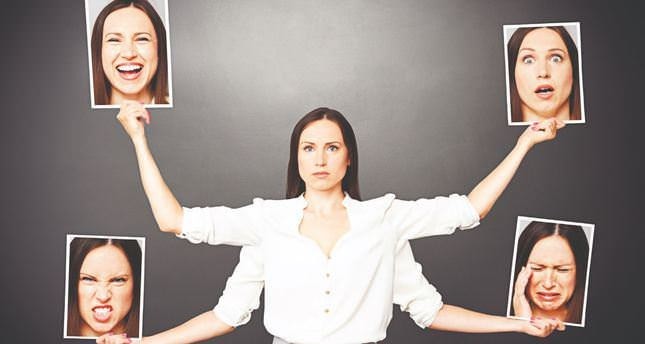 Memory loss may not always be the first warning sign that dementia is brewing — changes in behavior or personality might be an early clue.

Researchers on Sunday outlined a syndrome called "mild behavioral impairment" that may be a harbinger of Alzheimer's or other dementias, and proposed a checklist of symptoms to alert doctors and families.

"Historically those symptoms have been written off as a psychiatric issue, or as just part of aging," said Dr. Zahinoor Ismail of the University of Calgary, who presented the checklist at the Alzheimer's Association International Conference in Toronto.

Now, "when it comes to early detection, memory symptoms don't have the corner on the market anymore," he said.

Alzheimer's, the most common form of dementia, affects more than 5 million people in the U.S., a number growing as the population ages. It gradually strips people of their memory and the ability to think and reason.

But it creeps up, quietly ravaging the brain a decade or two before the first symptoms become noticeable. Early memory problems called "mild cognitive impairment," or MCI, can raise the risk of later developing dementia, and worsening memory often is the trigger for potential patients or their loved ones to seek medical help.

It's not uncommon for people with dementia to experience neuropsychiatric symptoms, too — problems such as depression or "sundowning," agitation that occurs at the end of the day — as the degeneration spreads into brain regions responsible for more than memory. And previous studies have found that people with mild cognitive impairment are at greater risk of decline if they also suffer more subtle behavioral symptoms.

What's new: The concept of pre-dementia "mild behavioral impairment," or MBI, a term that describes specific changes in someone's prior behavior that might signal degeneration is starting in brain regions not as crucial for memory, he said.

Ismail is part of an Alzheimer's Association committee tapped to draft a checklist of the symptoms that qualify — new problems that linger at least six months, not temporary symptoms or ones explained by a clear mental health diagnosis or other issues such as bereavement, he stressed. They include apathy, anxiety about once routine events, loss of impulse control, flaunting social norms, loss of interest in food. He even cites extreme cases, like a 68-year-old who started using cocaine before anyone noticed her memory trouble.

If validated, the checklist could help doctors better identify people at risk of brewing Alzheimer's and study changes over time.

"It's important for us to recognize that not everything's forgetfulness," said Dr. Ron Petersen, the Mayo Clinic's Alzheimer's research chief. He wasn't involved in developing the behavior checklist but said it could raise awareness of the neuropsychiatric link with dementia.

Technology specialist Mike Belleville of Douglas, Massachusetts, thought stress was to blame when he found himself getting easily frustrated and angry. Normally patient, he began snapping at co-workers and rolling down his window to yell at other drivers, "things I'd never done before," Belleville said.

The final red flag was a heated argument with his wife, Cheryl, who found herself wondering, "Who is this person?" When Mike Belleville didn't remember the strong words the next morning, the two headed straight for a doctor. Physicians tested for depression and a list of other suspects. Eventually Belleville, now 55, was diagnosed with an early-onset form of dementia — and with medication no longer gets angry so easily, allowing him to volunteer his computer expertise.

"If you see changes, don't take it lightly and assume it's stress," Cheryl Belleville advised.

The team tested 284 adults in late middle-age whose brain scans showed changes that have been linked to an increased risk of Alzheimer's. Comparing their cognitive ability and their careers, the researchers found those who worked primarily with people, rather than objects or data, functioned better even if brain scans showed more of that quiet damage.

— Preliminary results from a study of "brain training" suggested one type might help delay cognitive impairment.

Researchers examined records from 2,785 older adults who'd participated in a previous trial that compared three cognitive training strategies — to improve memory, reasoning or reaction times —with no intervention. A decade later, that reaction-time training suggested benefit: 12 percent of people who'd completed up to 10 hours had evidence of cognitive decline or dementia compared with 14 percent in the control group, said Dr. Jerri Edwards of the University of South Florida. The figure was lower — 8 percent — for people who got some extra booster training.

"It's the first hint for a cognitive training intervention like this," but more research is needed, said Dr. Jonathan King of the National Institute on Aging, who wasn't involved in the new study.