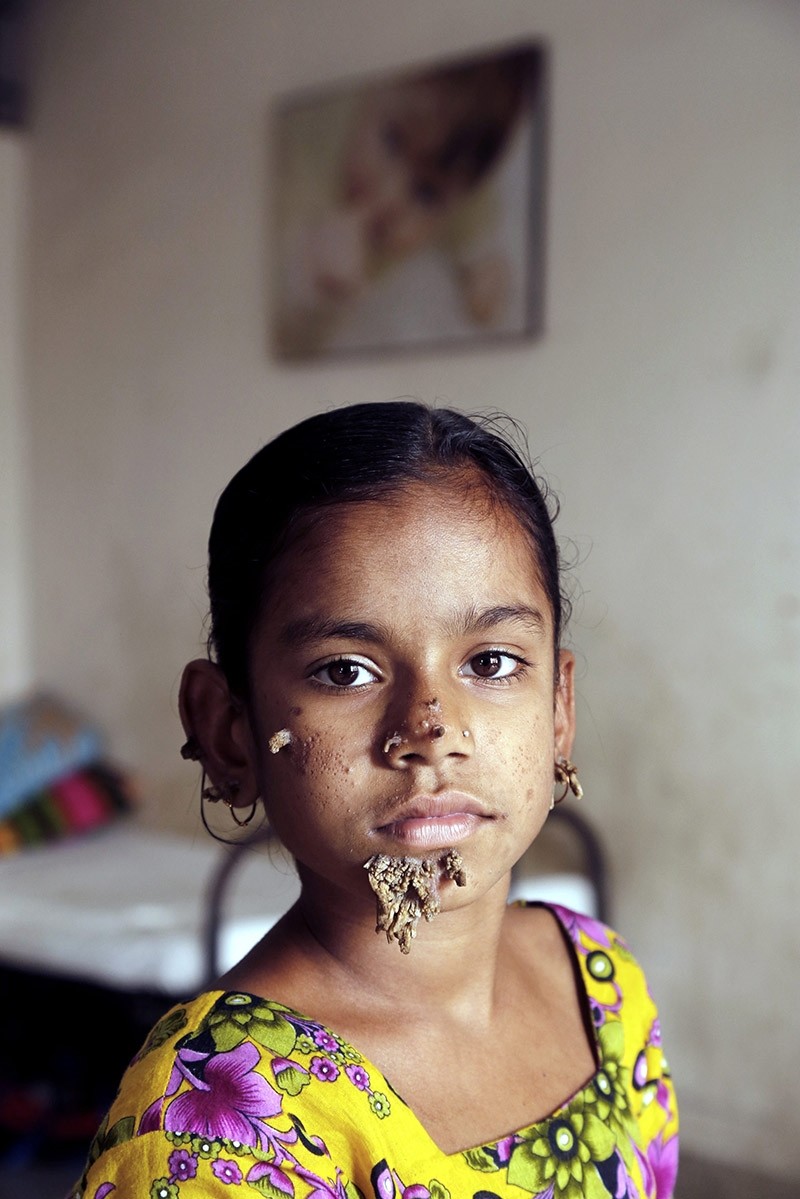 Bangladeshi doctors on Tuesday conducted surgery to remove bark-like growths from the skin of a young girl believed to be the first female to suffer from a condition known as "tree man syndrome".

Sahana Khatun's doctors said they hoped to release the 10-year-old from Dhaka's Medical College Hospital within weeks after "successful" surgery to remove the tell-tale growths from her chin, ear and nose.

The surgeons, who are treating Khatun for free, believe she could be the first woman to suffer from the epidermodysplasia verruciformis, known colloquially as tree man syndrome, although more tests are needed to confirm this.

Fewer than half a dozen people are known to have the disease across the world including a 27-year-old cycle rickshaw-puller, Abul Bajandar, the first recorded Bangladeshi to be suffering from the disease.

"The operation was successful. We removed warts from her face. We hope to release her from the hospital within a couple of weeks," said Samanta Lal Sen, head of the clinic's burn and plastic surgery unit.

Sen said Khatun was at "the every early stage" of the disease and might not need further surgery.

Khatun's father Mohammad Shahjahan said he was delighted by the news.

"The doctors said Sahana will get well soon. I'm waiting to take her back home and send her back to school again," he said.

The same hospital has conducted at least 16 surgical procedures on Bajandar over the last year to remove huge growths each weighing five kilos (11 pounds).

His plight captured the sympathies of a nation, leading Prime Minister Sheikh Hasina to promise him free treatment.

Doctors told last month that for the first time in a decade, Bajandar had been able to touch his wife and daughter, and was almost ready to leave the ward.