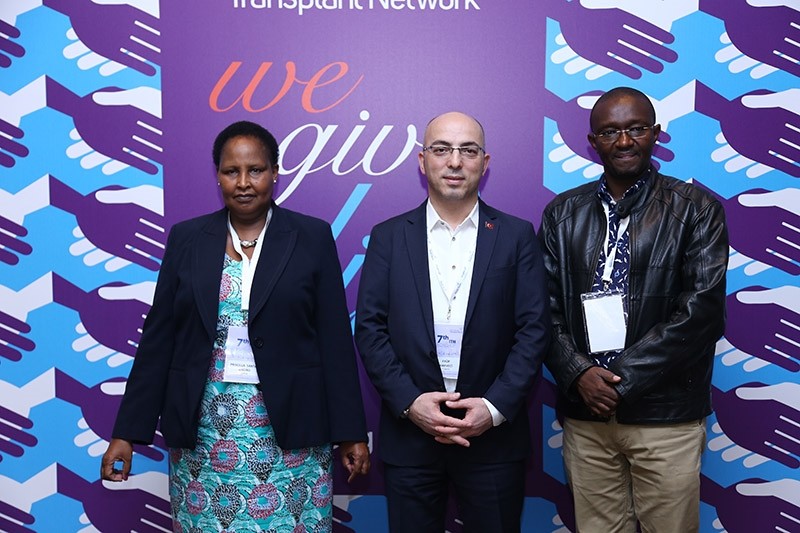 The number of deceased donor organ transplant operations in Turkey has doubled in the last two years, a specialist doctor told the Anadolu Agency on Feb. 10.

Eyüp Kahveci, the Chairman of the Turkey Transplantation Foundation Board, highlighted some of the key issues of transplant operations in his speech at an Istanbul workshop organized by the International Transplantation Network Project, which was set up in 2015.

The meeting also discussed ways to stop organ trafficking. "Declaration of Istanbul: Prevention of Organ Trafficking," was a major part of the discussion that took place between Health Ministry delegates from 76 different countries, who have attended the International Transplant Network (ITN) project since its inception.

It was revealed that 30 of the participating countries did not have any regulatory legislative framework on organ donation and transplantation. These countries were encouraged to set up the legislative structure necessary for organ donation and transplantation, in accordance with international consensus documents, aiming to prevent organ trafficking, such as the Declaration of Istanbul, the U.N. Sustainable Development Goals, U.N. Palermo Protocol, Resolutions of the World Health Assembly, the Council of Europe Conventions and the Madrid Resolution.

In addition, ITN Media Workshops, featuring 150 media members from 70 countries, that were held between August 2016 and January 2017, on the role and impact of media members on "prevention of organ trafficking" were also discussed within the framework of the Declaration of Istanbul.
Last Update: Feb 21, 2017 6:06 pm
RELATED TOPICS