Turkish baths, a source of healing 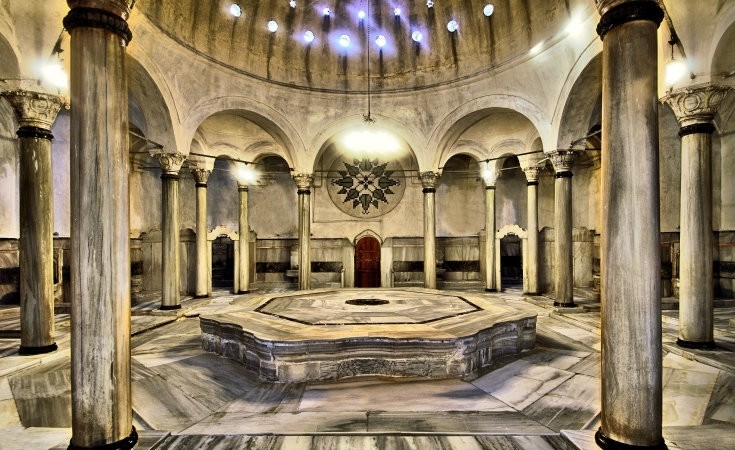 From the conquest of Constantinople on, the Ottoman Empire built thousands of public baths in every corner of the city as well as in Anatolian and Balkan cities, showing the importance of water and pureness in Islamic culture. Now that the spring is on the corner, it is high time to clean up from the inertia of the winter and make a pure and healthy start to the bright summer days

The purity of water has always been recognized and appreciated in the Ottoman Empire and by extension, the Islamic world. This awareness, when combined with the architectural skill of the Ottomans, led to the emergence of baths as an environment to socialize in. During the reign of the Ottoman Empire, the development of healing baths was one of its most significant contributions to the world.

Following the conquest of Istanbul, thousands of baths were built all across the empire. In the 17th century, there were 168 big market baths in Istanbul alone. I am going to tell you about the bath of Cağaloğlu, the last of these great baths. This one is particularly important as it was the last large bath to be built after Sultan Mustafa III banned the construction of baths due to an increasing need by the city for water and wood. Built in 1740, it is one of the biggest twin baths in Istanbul.

Located next to the Basilica Cistern, the Bath of Cağaloğlu was constructed in the period of Mahmud I. The layout of its bathing and resting sections in the baroque style represents features that are different to that found in Ottoman architecture. The men's section sees a transition from the dressing room, covered with a large dome above, to a resting room covered with a small dome and seven vaults. The heating room is covered with a large dome seated on the arches connecting the eight marble pillars. In the middle, you have a navel stone (massage platform) and dome-shaped bathing spots in the corners. A hairdresser and shoeshine parlor are also found inside the bath.

Another example of a historic bath is the Bath of Çemberlitaş, which was built in 1584 by Mimar Sinan. It was built by Nurbanu Sultan, the mother of Sultan Murad II, in order to generate income for Valide-i Atik Kulliyah (Social Complex). Çemberlitaş was planned as a twin bath, a type of bath that has two completely identical areas adjacent to each other. The dome in the section for both ladies and men has holes to let in light. Today, only the light holes in the ladies' section are in their original form. The bath has 38 bath basins in total. This structure is among the last works by Mimar Sinan. In this, one of his final works, he brought together functional diversity, elegance and serenity without abandoning simplicity. The bath is therefore of interest to local and foreign researchers, universities, photographers, filmmakers, press organizations as well as students.

Both baths offer the usual bubble massage and skin care services with clay mask. You can further enjoy your bath by choosing rose, lemon and olive oil soaps. The cloths used in both baths are of special fabric made in the Denizli province, which is famous for its textile products. The fruit and cold drinks offered in the lounge area are also a must-try. Prior booking is necessary. 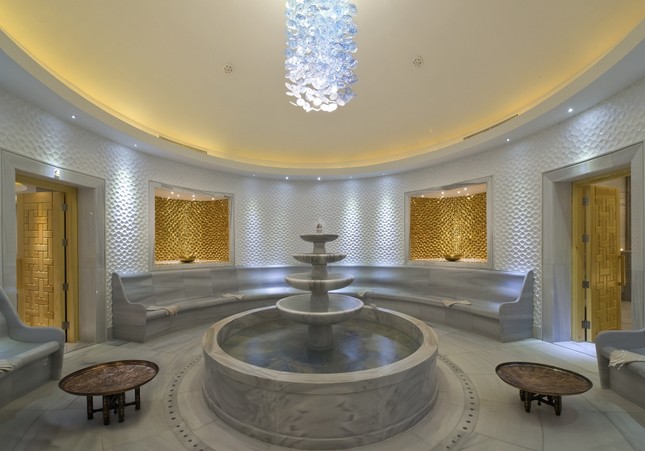 If you would like to experience a modern bath, my recommendation would be the Grand Tarabya Hotel. One of the first 5-star hotels in Turkey, it makes a strong impression with its services as well as its history. The location of the hotel, situated along the shore of Yeniköy, and its 4,500-square-meters of spa area distinguish this hotel from its competitors. The two different bathing areas of the hotel are absolutely architectural masterpieces. The bath has been operated within the hotel by the same family for three generations. You can book the whole bath for bride bathing ceremonies or special functions, as you may wish to use it privately.

The most visible feature of the resting rooms to be used after bathing is their Bosporus view, a hugely different experience from the historical baths in the touristy Sultanahmet area. The resting rooms offer a comfortable space, with straw covered doors, marble flooring and heated resting chairs. There are also a number of options for treatments other than the bath itself. Particularly, the massage you get on warm sand is something you cannot experience anywhere else. An algae bath and pressure water massage are among its other therapies. The architecture of the indoor pool in the spa area stands out as well. The golden mosaics on the bottom of the heated pool are magnificent. Likewise, the lighting fixtures above the pool, which resemble jellyfish, are also nice. The best part of the spa, however, is the VIP rooms. You get the privilege of enjoying your own steam room, hot tub, massage chair and resting couch in these 50-square-meter rooms. The fun part though, is the Bosporus view you can watch through the giant windows. The view of Yavuz Sultan Selim Bridge is absolutely wonderful! I am sure the outdoor pool area will become very popular again as the summer arrives. I definitely recommend this experience, where the pleasure of the traditional Turkish bath meets the spa services of the modern world.