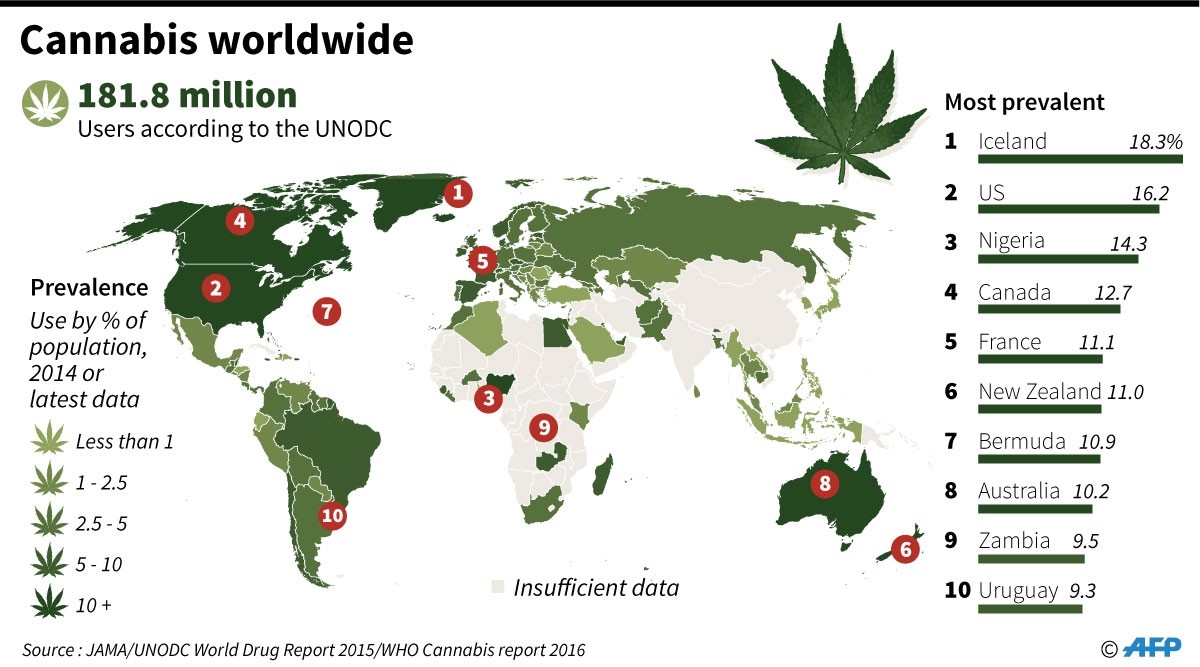 The Liberal government of Prime Minister Justin Trudeau introduced new legislation Thursday that would make Canada the first G7 nation to legalize the sale and cultivation of small amounts of marijuana for recreational use.

The federal legislation would allow Canadians to possess up to 30 grams of dried or fresh cannabis and sets the minimum age at 18. However, Canada's provinces and territories, which under the constitution have regulatory powers, can set a higher legal age.

Consumers will also be allowed to grow up to four plants at home or buy from a licensed retailer.

The two-part legislation aims to establish a "strict legal framework" for the production, sale, distribution and possession of pot and strengthen measures to crack down on impaired driving.

The new law would make it illegal to sell or market cannabis to youth or use a young person to commit a cannabis-related crime, and will impose new penalties for these offences.

Public Safety Minister Ralph Goodale said the existing laws have been an "abject failure" in protecting public health and safety, keeping cannabis out of the hands of minors, and stopping the flow of profits to organized crime.

The government plans to have a legalized-pot system in place by July 2018, said Blair.

"We can't drag our feet; we aspire to get this done as quickly as possible," he said.