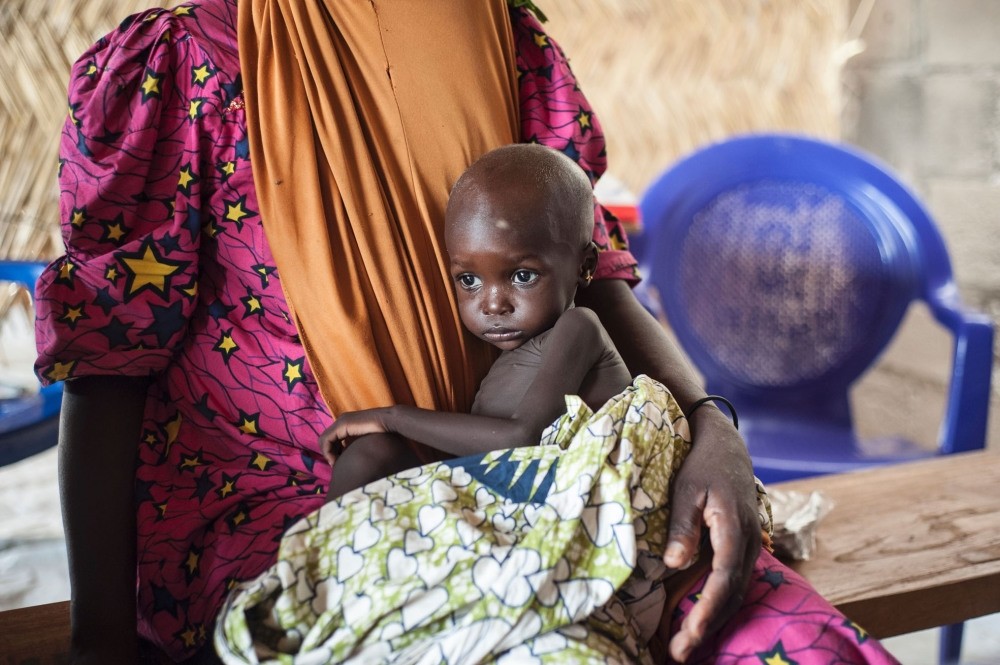 by May 09, 2017 12:00 am
When six-year old Mohammed Waziga arrived at a health centre in northwest Nigeria complaining of joint pains and drowsiness, he was given an injection and sent home without any concerns.

However his suffering grew worse, and his family rushed him to a different facility in Zamfara state, where he was diagnosed with meningitis, marking yet another case in an outbreak which has killed more than 800 people so far this year in the north.

"We are grateful to Allah that he got better," his grandmother Zainab said at the health centre, sitting next to Mohammed who was lying on a makeshift bed under a shea tree because there was no room for him in any of the wards.

"He keeps asking me when we will go home, and I worry again that I will lose him," she told the Thomson Reuters Foundation.

Thousands of meningitis cases have been reported by the health ministry in the northern states Zamfara, Kebbi, and Sokoto since November 2016, in Nigeria's worst outbreak of the disease since it killed more than 2,000 people in 2009.

Meningitis is the inflammation of tissue surrounding the brain and spinal cord, which can be caused by viral or bacterial infections. It spreads mainly through kisses, sneezes, coughs and in close living quarters.

Nigeria has launched a mass vaccination campaign and started conducting house-to-house searches to identify those afflicted with meningitis for treatment, as the state and aid agencies race to contain the surge in infections in recent months.

"What is important now is that we provide an information vaccine to our people, on how the virus is contracted and warn against cross infection," said Yusuf Lawal, state coordinator for the Maternal, Newborn and Child Health (MNCH2) programme.

In mainly Muslim Zamfara, home to over 3.2 million people and known for its strict religious Sharia code, health centres are full to the brim, with makeshift wards made of bamboo setup outside of hospital grounds for sick and recovering patients.

"Initially the response from the state government was not appropriate," said Bature Mannir, secretary of the Nigerian Medical Association (NMA).

State governor Abdulaziz Yari was reported by local media last month as saying the outbreak was God's punishment for sin.

"However things changed and the (response) is yielding a very good result as the number of cases have drastically reduced," Mannir added. "The state and all other stakeholders need to sustain the tempo until the situation is contained."

The state government has set up a committee to distribute vaccines and drugs, while aid organisations like Medecins Sans Frontieres (MSF) are working with the Nigeria Centre for Disease Control (NCDC) to try to control the meningitis outbreak.

At least 1.3 million vaccines have been acquired, 500,000 of which were provided by World Health Organisation, according to the federal government.

Yet given the regular occurrence of meningitis, which killed 33 people in Nigeria last year, more must be done to strengthen health systems in the affected states, say experts like Mannir.

Such investment may be a long way off as the government struggles to deal with its first recession in 25 years amid falling oil prices, and a humanitarian crisis created by Islamist militant group Boko Haram, Nigeria observers say.

Sitting in a clinic in Zamfara, where her two sons, aged 13 and four, were recovering from meningitis, Zainab Abdulazeez stared at the empty bed of a child who died during the night.