In 5 years, number of bikes to surpass cars in Turkey: Turkish Cycling Federation 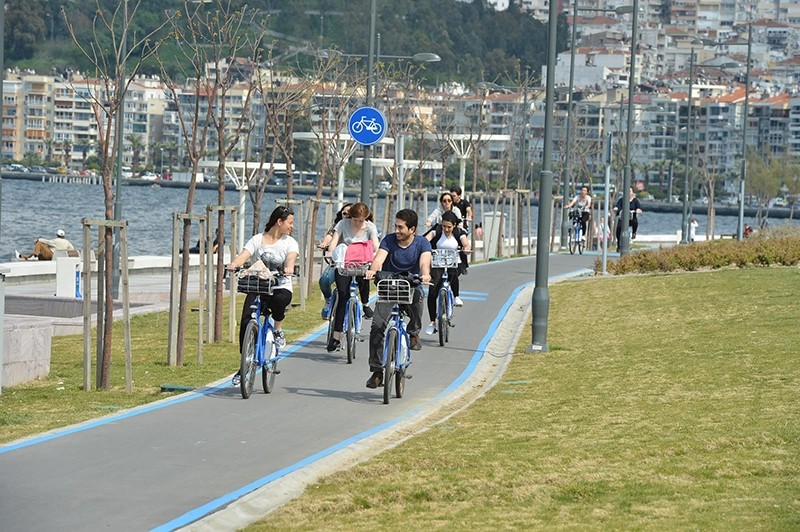 The number of bicycles will exceed number of cars in Turkey in the next 5 years, said Turkish Cycling Federation's president.

"If people think of their health and want the air to be clean, they have to get out of their cars and ride bikes," Erol Küçükbakırcı told Anadolu Agency.

Although bike usage in Turkey is lower than in other countries, bike paths are continuing to be built and activity is increasing, said Küçükbakırcı.

"People who ride bicycles show that they live healthy lives and care about themselves," he added.

Küçükbakırcı noted that the Turkish Ministry of Health gave a thousand bikes to every municipality that participated in a one-kilometer bicycle route, a move aimed at reducing air pollution and promoting healthy living.

Turkey hosted its 53rd Presidential Cycling Tour in October, which began in the Mediterranean district of Alanya, following Turkey's western coast to north and ending in Istanbul. The annual event attracts cyclists from around the world, including Irish athlete Sam Bennett, who won four of the six legs of this year's race.

Baltic countries have long topped the list of bicycles per capita, closely followed by Germany and China.