Could running be the key to living longer? 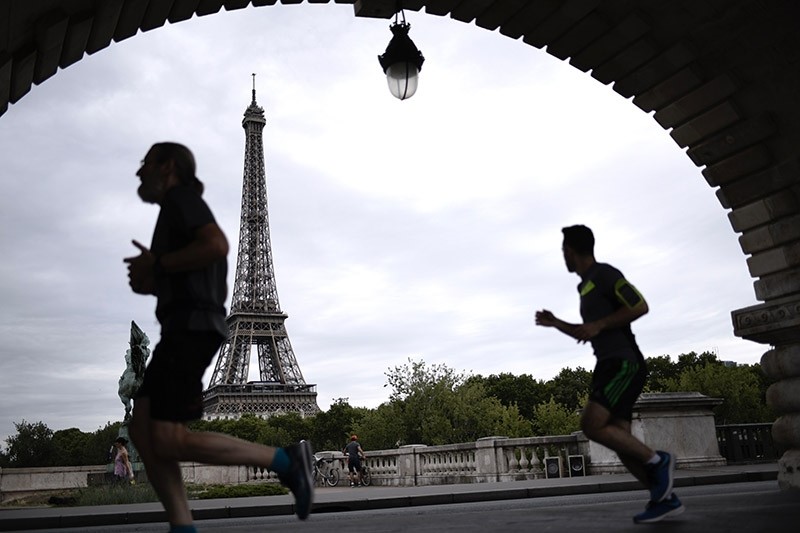 As New York limbers up to host the world's biggest marathon on Sunday, runners around the world will be picturing its storied finish line to push for that extra kilometer (mile).

But is running actually good for your health? Yes, say experts, as long as you are careful.

Running for a longer life

They can even expect to live for three years longer, the study found. And these benefits appear to exceed that of all other physical activities.

"Running may be the most cost-effective lifestyle medicine from a public health perspective," the study's authors said.

The research analyzed the data of 55,000 men and women aged 18 to 100 from a 2014 study published in the Journal of the American College of Cardiology (JACC).

"Running has many benefits. It is good for the entire cardiovascular system, from the heart to blood vessels," sports cardiologist Stephane Cade told AFP.

Running also has a positive effect on your mind.

"It helps your mental health by producing hormones, endorphins, which give you a feeling of well-being," said Julien Schipman, a sports health specialist at France's Institute of Sport and Performance (INSEP).

But there are risks

So running can be very good for your health, but you need to take precautions.

"Someone who has never done it before should see a doctor for a check-up," said Schipman.

Your age, weight, medical history and lifestyle -- whether you smoke or drink -- can all add up to make running a more risky prospect.

"After 30 to 35 years, the biggest risks are heart attacks and sudden death," Cade said.

"Deaths are often linked to heart disease which went unnoticed until being triggered by running."

A recent example came in October, when Tunisia's 56-year-old health minister died of a heart attack while running 500 metres in a charity marathon.

Beyond heart risks, runners need to listen to their body to avoid injuries to their legs, lower back and especially their knees.

"Tissues such as ligaments, tendons and cartilage are particularly at risk because they adapt more slowly than muscles to increased mechanical load," according to a Dutch study in 2015.

How often do you need to run?

The World Health Organization (WHO) recommends adults have 150 minutes of moderate intensity physical activity, such as brisk walking, or 75 minutes of vigorous intensity activity, like running, every week.

But, according to the JACC 2014 study, running five to ten minutes a day could be as beneficial as a long jog when it comes to preventing cardiovascular disease.

"The benefit is greater if you vary the pace when you run -- it is better for the heart," Cade said.

When you have the green light from the doctor and are ready to hit the track, there are still some rules to keep in mind.

"It is recommended that you change your shoes every 1,000 kilometers or every year."

As well as traditional shock-absorbing running shoes, minimalist shoes are currently in fashion, with thin soles to give the sensation of running barefoot.

Barefoot runners tend to land on the ball of their feet first, rather than their heels.

Studies have not yet conclusively determined which is better to avoid injury when running.