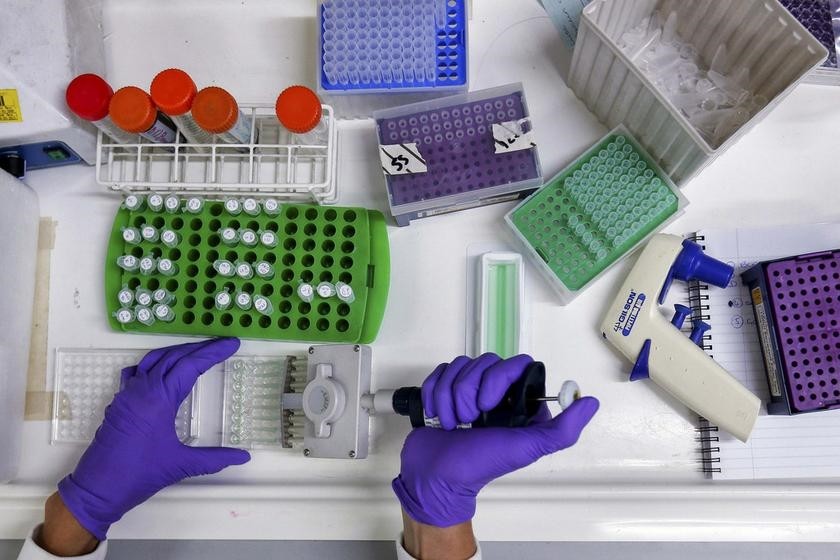 A Japanese firm is poised to carry out what it hailed as the world's first experiment to test for cancer using urine samples, which would greatly facilitate screening for the deadly disease.

Engineering and IT conglomerate Hitachi developed the basic technology to detect breast or colon cancer from urine samples two years ago.

It will now begin testing the method using some 250 urine samples, to see if samples at room temperature are suitable for analysis, Hitachi spokesman Chiharu Odaira told AFP.

"If this method is put to practical use, it will be a lot easier for people to get a cancer test, as there will be no need to go to a medical organization for a blood test," he said.

It is also intended to be used to detect pediatric cancers.

"That will be especially beneficial in testing for small children" who are often afraid of needles, added Odaira.

Research published earlier this year demonstrated that a new blood test has shown promise towards detecting eight different kinds of tumors before they spread elsewhere in the body.

Usual diagnostic methods for breast cancer consist of a mammogram followed by a biopsy if a risk is detected.

For colon cancer, screening is generally conducted via a stool test and a colonoscopy for patients at high risk.

The Hitachi technology centers around detecting waste materials inside urine samples that act as a "biomarker" -- a naturally occurring substance by which a particular disease can be identified, the company said in a statement.

The procedure aims to improve the early detection of cancer, saving lives and reducing the medical and social cost to the country, Odaira explained.

The experiment will start this month until through September in cooperation with Nagoya University in central Japan.

"We aim to put the technology in use in the 2020s, although this depends on various things such as getting approval from the authorities," Odaira said.