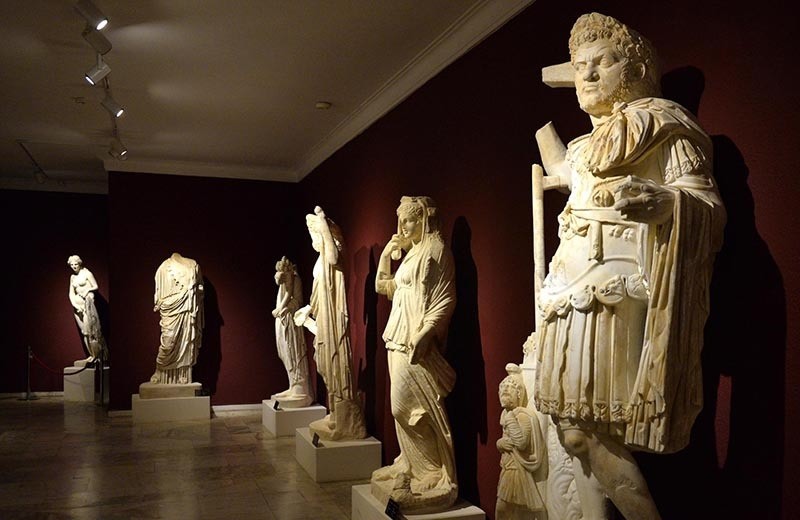 According to Doğan News Agency, the statue was found during the excavation and restoration project of the Ancient City of Perga, located in Aksu district, Antalya, which has been carried out by Antalya Museum since 2012. 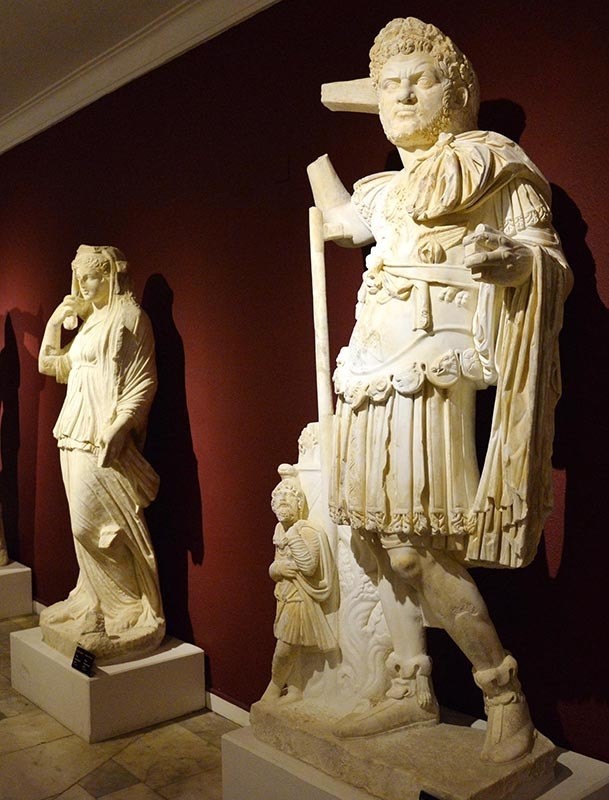 It was claimed that the statue of Caracalla found during the excavation is the only statue of the emperor remaining as a whole. Beside the massive 2.2-meter statue of the Roman emperor stands a small statue of a soldier, indicating Caracalla's glory and status at the time.

Reports also said that the statue is the first of its kind to have a Corona Civica, a civic crown which was considered to be the second highest military decoration to which a citizen could aspire. 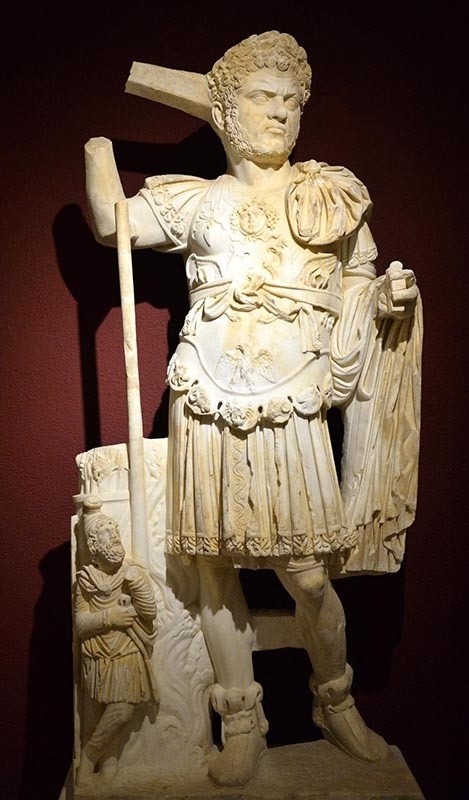 Two statues of Aphrodite, and statues of Asklepios, Tyhke, Nemesis, Helios, Selene, a serpent statue, and various other statues of men, women and horses were discovered during the excavation, reports said.

The museum created a new venue to display the newly discovered pieces of ancient art works.

Caracalla was a Roman emperor who jointly ruled the empire with his father and brother from 198 to 217 CE.

Turkey, which is home to some of the world's earliest civilizations, has many precious ancient artworks and archeologists throughout the country continue to discover new pieces of historical artifacts, shedding light to civilizations who lived centuries ago.