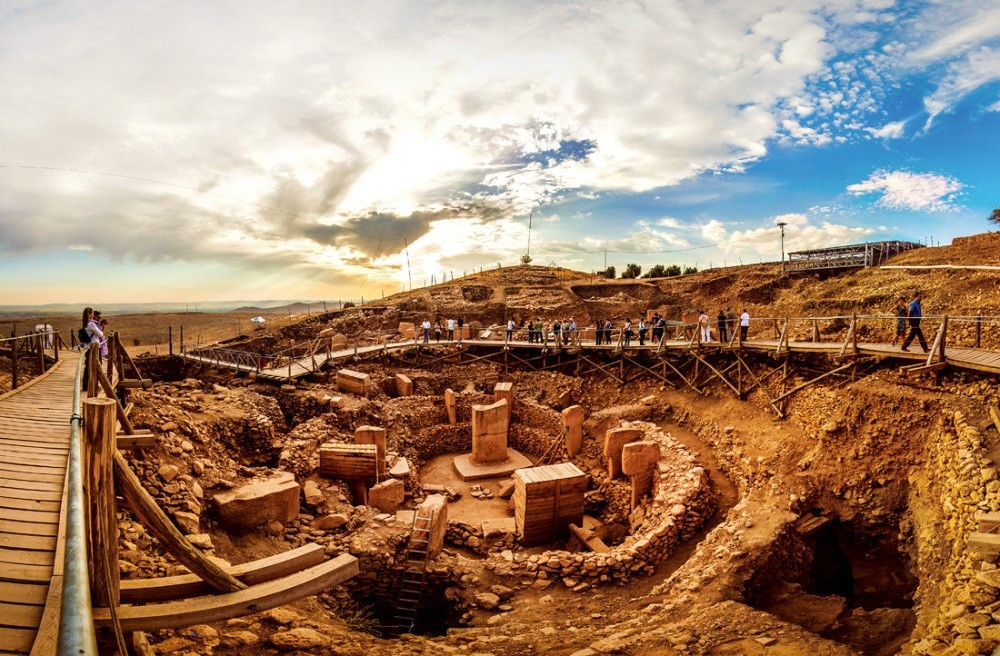 by daily sabah Aug 22, 2016 12:00 am
In a recent list called "30 architectural masterpieces everyone should see in their lifetime," Göbeklitepe, the world's oldest temple complex, placed second, according to an article in Business Insider.

In the northeast of southeastern Şanlıurfa city, Göbeklitepe is a major archaeological site for researchers around the world. Numerous artifacts have been unearthed during its archaeological excavations. Characterized as "the zero point of history," Göbeklitepe dates back 12,000 years and was declared a first-degree protection area in 2015. The archaeological site is also on UNESCO's tentative list of World Heritage Sites.

Located in Örencik, 18 kilometers from the center of Şanlıurfa, Göbeklitepe was first discovered in 1963 during surface surveys carried out by researchers from the universities of Istanbul and Chicago. Since 1995, the Şanlıurfa Museum and the German Archaeology Institute have been collaborating on the excavations. According to UNESCO, the results of excavations and surveys showed that Göbeklitepe was a major meeting center composed of monumental structures built for ceremonial purposes, instead of spaces of daily life. "The oldest building we know of is Göbekli Tepe in present-day Turkey. Built somewhere around 9500 B.C., archaeologists aren't certain of its function, but it was probably religious," the article says about the complex.

Ranking before the Turkish site was La Sagrada Familia, an unfinished Catholic basilica which has been the subject of a construction project since 1882. The list continues with the Fulton Center, a transit center and retail complex in New York, and the Penleigh and Essendon Grammar School in Melbourne. The top five also includes the Golden Temple in Amritsar, India and the Las Lajas Sanctuary in Narino, Colombia. Other monumental structures mentioned in the list are the Flatiron Building in New York, the Woolworth Building, which was the tallest building in the world from 1913 to 1930, the Light of Life Church in Seoul, South Korea, Chicago's Marina City apartments and the Temppeliaukio Church in Helsinki.
RELATED TOPICS