Turkish archaeologists have discovered an ancient tablet in İzmir's Seferihisar district, in which the ancient Greek city of Teos was located.

The tablet is believed to be the most extensive of its kind found in Anatolia, and includes many details about the land, its owners, tenants and punishment for failure to comply with its terms. 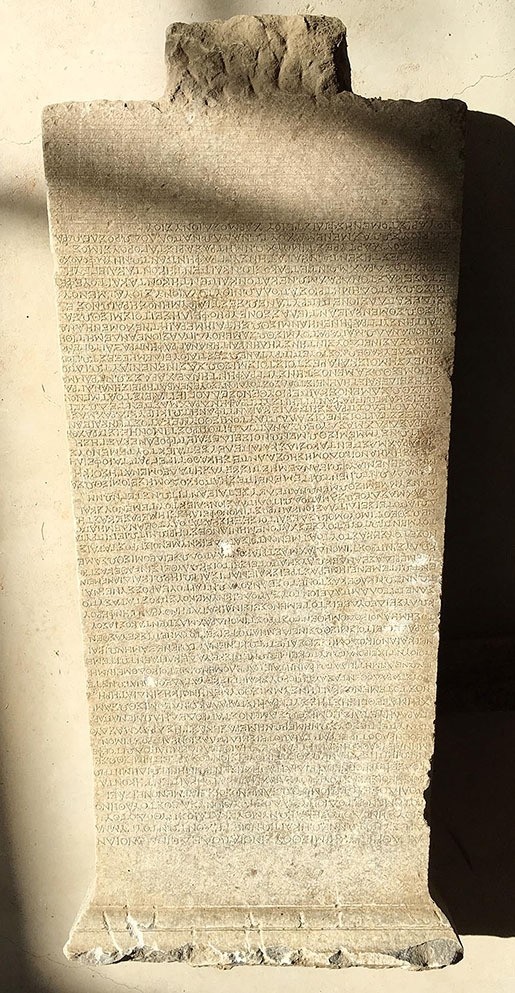 The head of the excavation team, Professor Musa Kadıoğlu said that the tablet was discovered in an area to the west of Dionysus' temple and noted that it sheds light on social life and the legal system in Teos.

Professor Mustafa Adak, who is one of the team members carrying out the excavation work in Teos, told the Doğan News Agency (DHA) that the tablets shed light on many aspects of ancient cities, including their social, administrational and religious structure.

"In a way, they enable you to outline the 'backbone' of the city" he said, and added that until 2010 only 200 tablets were unearthed, but their team has doubled this number to 400 within six years.

The lease tablet, which is 1.5 meters in length, has extensive details about a piece of land property in the Gymnasium of Teos.

According to Professor Adak, the land had various structures, slaves and an altar and was considered as a 'holy' place, which meant that it was exempt from property taxes.

The tablet shows that landlords requested to use the land for three days in a year, and it was rented through bidding. Moreover, the contract was signed with one guarantor and six witnesses consisting of prominent figures, three of whom were administrators in the city.

Adak said that the tablet is 'one of its kind' as half of it consists of punishment for violation of the contract.

"It outlines how much fines the tenant would pay if they damaged the property, failed to carry out annual maintenance procedures in the land and structures" he said, and added that the landlords also outlined that they would inspect the property on a yearly basis and would also check productivity. 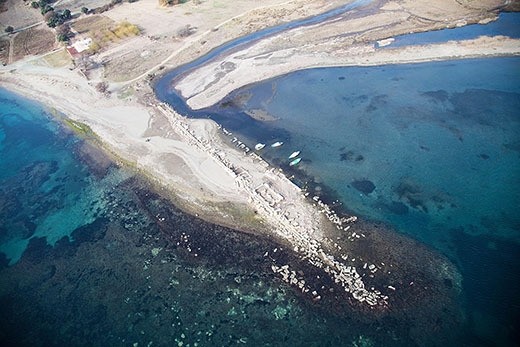 Teos is one of the 12 ancient cities located in Ionia and had many artists including poets, musicians, singers and actresses and actors.

Since the 18th century, various teams including the Society of Dilettanti from Britain, French researchers and Turkish teams have carried out work to shed light on the ancient city.