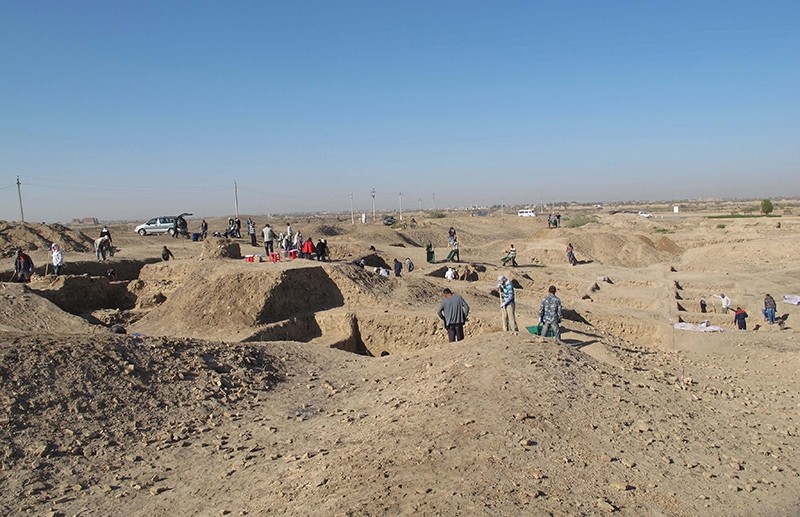 The project to find the tomb of Seljuk Sultan Alp Arslan, carried out under the sponsorship of the Turkish Cooperation and Coordination Agency (TİKA) in Turkmenistan has been paused after it was discovered that the German archaeology team participating in the project was smuggling historical artifacts.

According to reports, excavations in Turkmenistan's historic city of Merv were stopped in 2015 after German archaeologists were caught smuggling artifacts at the airport.

The excavation team told the media that they had excavated 47 locations and dug as much as 12 meters down, taking them very close to finding the sultan's tomb.

TİKA reportedly said that the excavation, jointly carried out with Turkmenistan's Ministry of Culture, will continue when the necessary legal and bureaucratic conditions are favorable.

A protocol to find Sultan Alp Arslan's tomb and a tomb reconstruction project was signed in March 30, 2013, by former President Abdullah Gül and his Turkmen counterpart Gurbanguli Berdimuhamedov.

The agency is active in 50 countries where it has offices, but has conducted projects in 140 countries, especially after a revival of its work under the Justice and Development Party (AK Party), which has been in power since 2002.