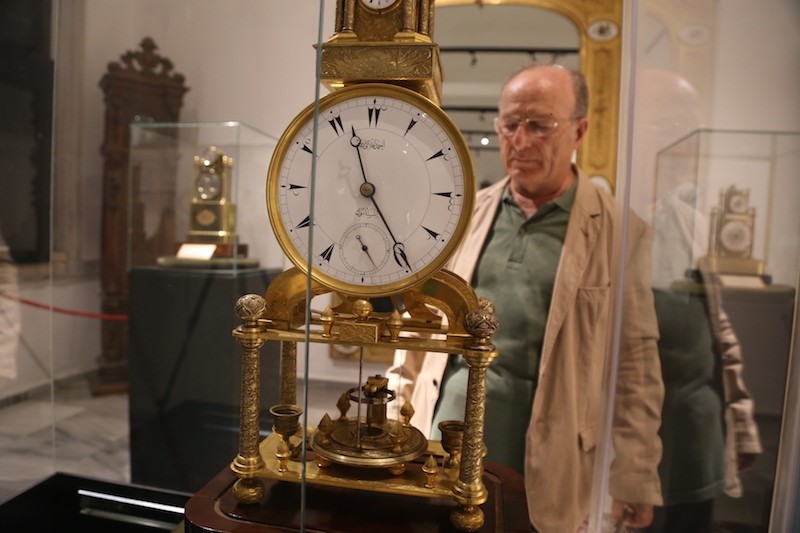 The clock master from Dolmabahçe Palace in Istanbul has spent the past eight years repairing historical clocks that were used during the Ottoman Empire.

The mechanical clocks, some of which date back over 200 years, are now on display to tourists in the Dolmabahçe Palace Clock Museum. Thanks to the meticulous work of Recep Gürgen, the master of horology who has repaired and restored the historical clocks, visitors to the palace now have a chance to witness some of the greatest treasures from Ottoman times with their own eyes.

The repaired clocks were previously hidden away from visitors in the palace's locked rooms and in storage, and are now exhibited in the Clock Museum, which is located in Harem Park of Dolmabahçe Palace. Through his work, Gürgen repaired a total of 63 clocks from the 17th - 19th centuries.

Gürgen emphasized that each of the clock in the museum had its own special features and history. Clocks presented in the museum's exhibition have French, English and Turkish origins. The clock master explained that the timepieces from the Turkish department are one of a kind do not have any copies anywhere in the world.

"Wherever you go you will never find the same one," Gürgen said.

"I have work in the clock industry for 57 years" Gürgen explained, adding, "Usually this kind of a job always comes from family interest. My uncle was a clock master and he taught me all that I know."

Built between 1843 and 1856 on the European coast of the Bosporus, Dolmabahçe Palace was used as the palace and a presidential summer residence by the founder of the Turkish Republic, Mustafa Kemal Atatürk. He spent his final days in the palace, where he died on November 10, 1938.

The clock in the room where he died is famously still set to 9:05, the time of his passing.