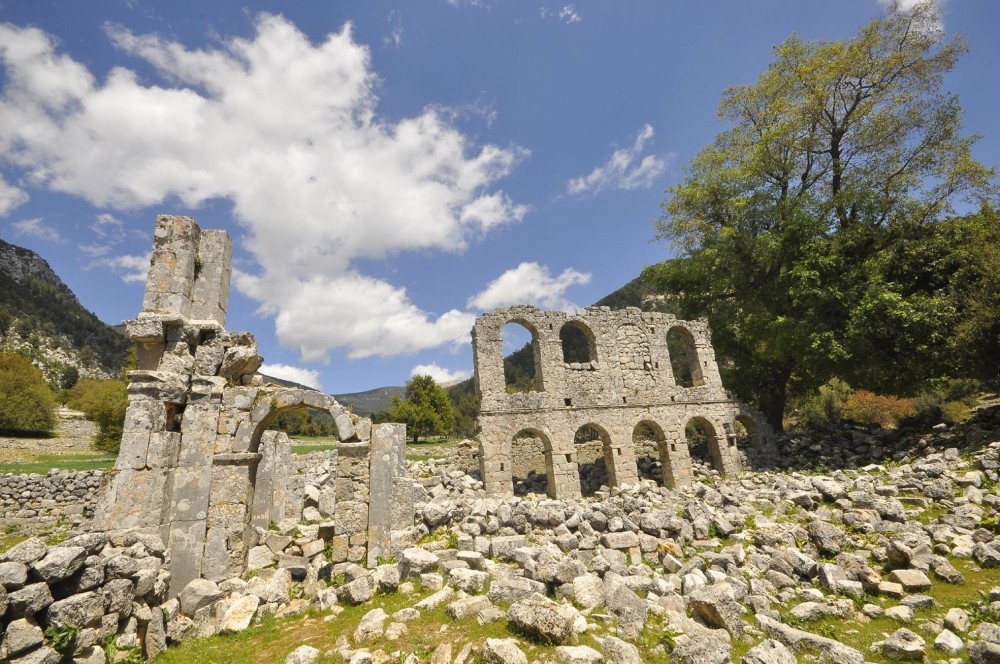 Turkish archaeologists believe they may have discovered the remains of St. Nicholas -from whom the legend of Santa Claus emerged- beneath a church at his birthplace in southern Turkey, an official said yesterday.

St. Nicholas was born and served as a bishop of what is now the Turkish Mediterranean town of Demre, near Antalya, in the 4th century. He was buried in the area formerly known as Myra, but his bones were believed to have been stolen and taken to the southern Italian town of Bari.

Archaeologists, however, have recently discovered what they think is a temple below the church and now believe his remains may be lying there, Cemil Karabayram, the head of Antalya's Reliefs and Monuments authority, told The Associated Press by telephone.

Archaeologists are looking for a way into the temple without harming the 11th-century Church of St. Nicholas, Karabayram said.

Karabayram said the temple was discovered through geo-radar surveys of the church that were conducted as part of a restoration project.

"It is a temple that is intact, has not been touched but may have been affected by an earthquake," he said.

"This is an important find both culturally and for Turkey's tourism," Karabayram said.

St. Nicholas was known for his generosity. His legend spread around the world and became interwoven with mythical stories of the gift-giving Santa Claus.

Karabayram said that the bones that were smuggled to Bari may have been the remains of another priest.