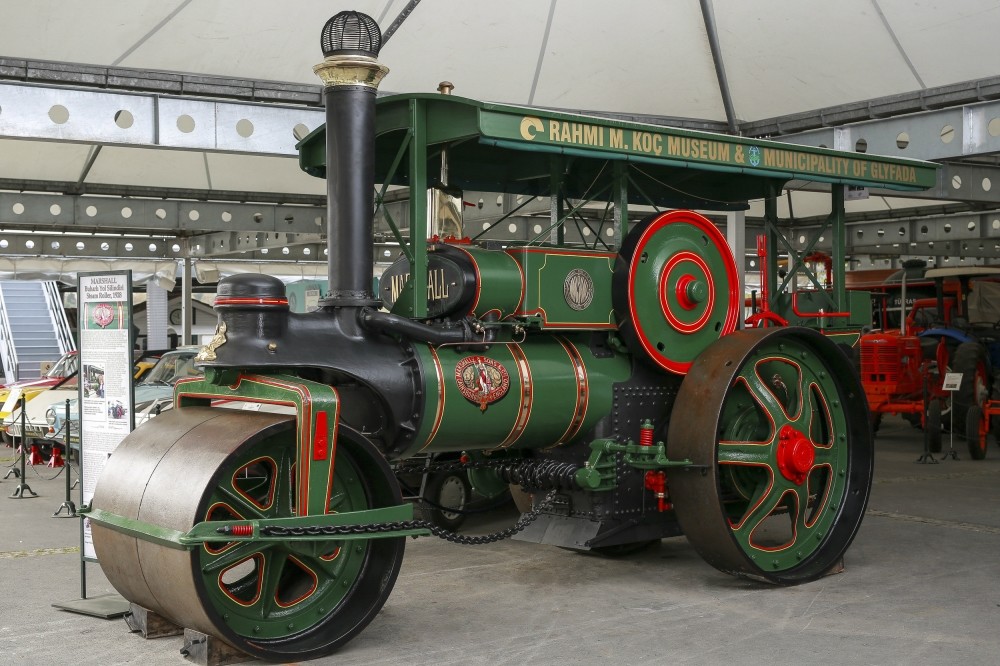 Rahmi M. Koç Museum highlights the history of transportation, industry and communication. A Marshall steamroller, one of the symbols of the Industrial Revolution, which is celebrating its 90th anniversary, is currently on display at the museum.

The Industrial Revolution, which introduced industrial production to the world, got its start through steam engines in the 18th and 19th centuries. Shedding light on Turkey's transportation, industrial and communication history with its rich collection, Rahmi M. Koç Museum is temporarily hosting a Marshall steamroller originally used in the Glyfada neighborhood of Athens in 1928. The steamroller is an "S" type produced in England, where the Industrial Revolution started. Put out of commission after serving in another part of the Aegean region, the machine is currently on display to honor the revolution's 90th anniversary.

After years of trial and error, the company managed to produce the first diesel tractor in 1930. In 1975, it was bought by the English Leyland Company and continued production under the name Aveling Marshall Ltd. After this transition, the company received a large influx of orders from countries trying to swiftly develop their agriculture and industry after World War I.

Specializing in "S" type steamrollers, the company received its biggest order from Greece in 1925, an order that included the incredible example on loan from Glyfada Municipality at Rahmi M. Koç Museum.