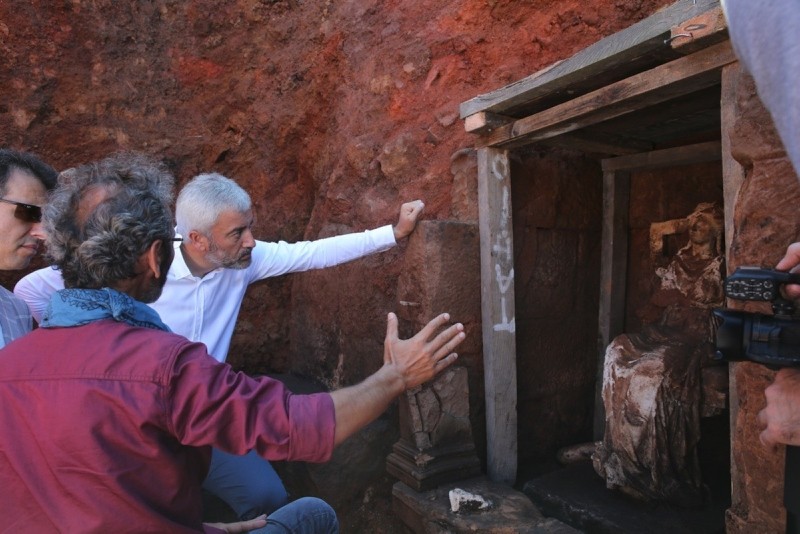 The 2,300-year-old ancient Kurul Castle in the port city of Ordu will be opened to visitors in its entirety next year, according to the head of the excavation team, Gazi University Archeology Department Prof. Dr. Yücel Şenyurt.

In a visit to Ordu Metropolitan Municipality Mayor Enver Yılmaz, the professor shared with the press some information about the work being done on the ancient castle.

The excavation is set to be a first for the eastern Black Sea region as it will be the first time a scientific archeological excavation will be carried out in the region.

The excavations will be carried out by a team of 40 with 15 of them archeologists, and the work is expected to resume on July 16. The Metropolitan Municipality of Ordu, to which the castle also belongs to in terms of property ownership, will assist the excavations.

"In the past years, we discovered a 110-centimeter-long, marble statue of Mother Goddess Cybele in the Kurul Castle and this made us very happy. After the statue's discovery, 20,000 people visited the castle in 45 days. We will continue to provide both moral and material support to the excavation which will continue this year in what we believe to be Mithridates VI's castle," Mayor Yılmaz said.

Kurul, which is believed to be Mithridates VI's castle was a significant settlement according to Professor Şenyurt. While Şenyurt and his team could uncover new statues belonging to gods or goddesses, the team is focused on getting the necessary restoration work done and opening the rest of the castle to the public.

"We are hoping to find out what the Kurul Castle was called 2,300 years ago in our excavations this year. By uncovering significant sites next to the Cybele statue, we will try to learn the castle's previous name by finding epitaphs or similar artifacts."

Mithridatic kings came to the mid-Black Sea region after the Iron Age and Mithridates VI the Great was the most successful Mithridatic king, extending the empire to the Aegean coast and the northern edge of the Black Sea.