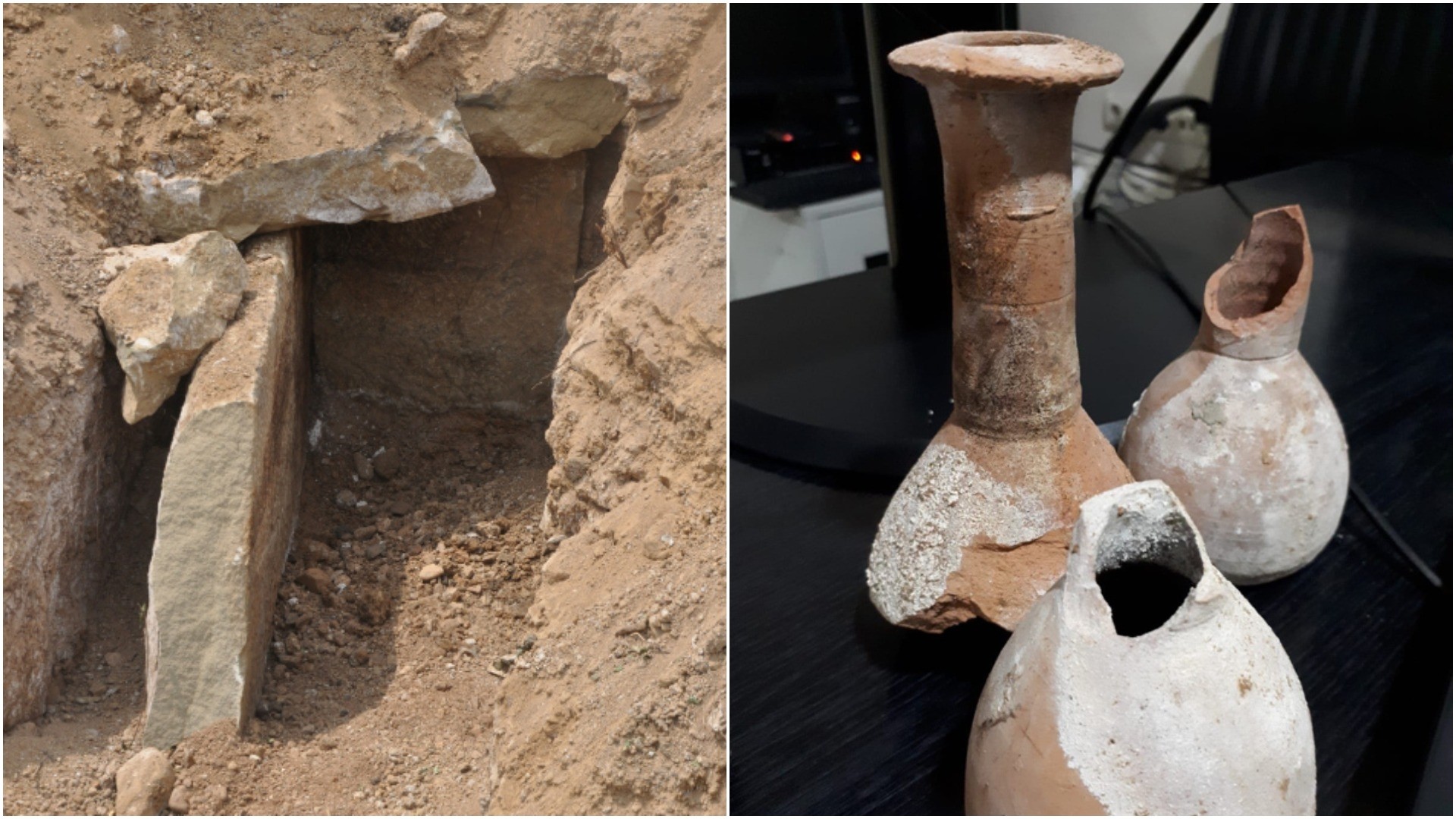 An ancient sarcophagus has been discovered during road works in northern Turkey's Karabük province, according to reports.

Fatih Demirel, the district governor of Yenice, told Anadolu Agency (AA) that the sarcophagus is estimated to be about 1,800 years old. Since the discovery on Sunday, road works have been stopped and local security forces have been watching the area non-stop.

Several tear bottles dating back to the Roman era, along with many other historical artifacts were found in the sarcophagus, experts said.

The area, which is thought to be a burial ground, is being investigated by officials from Karabük's local cultural heritage preservation institute in order to shed light on the region's history as researchers long believed the Genoese to have lived in the region.