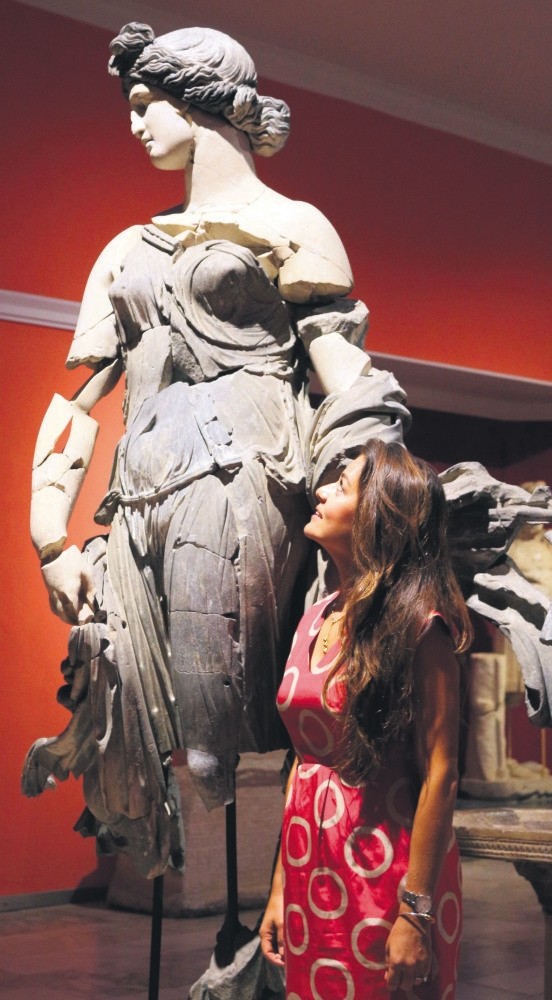 Hairstyles inspired by that of 20 ancient female statues at Antalya's different museums will be replicated on wigs.

She said that they are planning to use some common visuals of Antalya to promote the city and doing so through the ancient women who lived here is a great idea. "This project was founded in order to attract tourists all-round the year and draw attention to the cities different aspects. We thought that the 'Perge Year' will support our project. We have worked on planning the project for so long. West Mediterranean Development Agency decided to carry it out the project with the support of Antalya Mayor Münir Karaloğlu," Ege said.

The project was curated by professor Havva İşkan Işık of Akdeniz University's Department of Archaeology and a Consultative Committee member of the Antalya Women Museum.

"Professor Havva İşkan Işık has published an article on this topic. Some twenty ancient female figures from Antalya Archaeological Museum, Side Museum and Perge were chosen for their hairstyle. Their face will now be scanned and reconstructed using 3D printers. We will replicate their hairstyles on wigs and feature them in an exhibition. A hairdresser from Antalya is sponsoring the event. The scanning will be done under professor Işık's supervision. We will even use natural hair colors of these figures. We hope these ancient hairstyles will be in vogue again," Ege stated.

Ege said the exhibition will be held first in Turkey and then tour Europe. "There are some incredible hairstyles. It is amazing to think how these hairs were combed and how these women had a relatively modern look. When people go to a museum or an archaeological site, they wonder the story behind the works there. They wonder what ancient people did, what kind of lifestyle they had, what they wore and how they combed their hair. This is why we think this project is important. We think this project, a first of its kinds in the world, will create a tremendous impression internationally. For me, women will be so interested in the hair models of ancient women, such as Aphrodite and Plancia Magna, and try these models themselves. Maybe the hair models can create a new trend," she said.

She added that the scanning and printing work will be completed by this September or October. "We will organize the exhibit later. Maybe, we can invite celebrities who can use these hairstyles at the opening of the exhibition. We are planning an exhibition that will tour various European cities for two or three months. Those who will see this exhibition will both want to try the styles themselves and see the real statues." 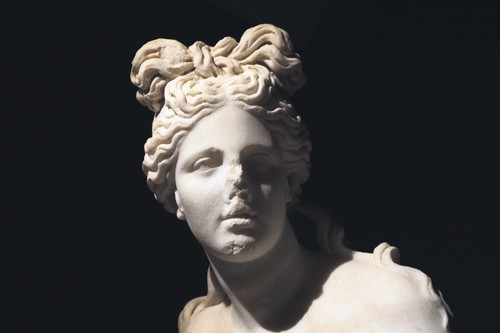 Highlighting that he was really happy to be part of the project, Mustafa Demirbağ, a hair designer for 38 years, said: "I observed the statues of these Anatolian goddesses with a great excitement and admiration. This is why I was really happy when I was asked to get involved. We can say that the hair, make-up, accessories of the women is an indicator of the magnificence, art and socio-economic situation of that period. We see that these things have not really changed even after 4,000 years. Combing hair, using make-up have only been transferred from one age to another."