Grandchildren follow their ancestors from Canada to Turkey's Kars 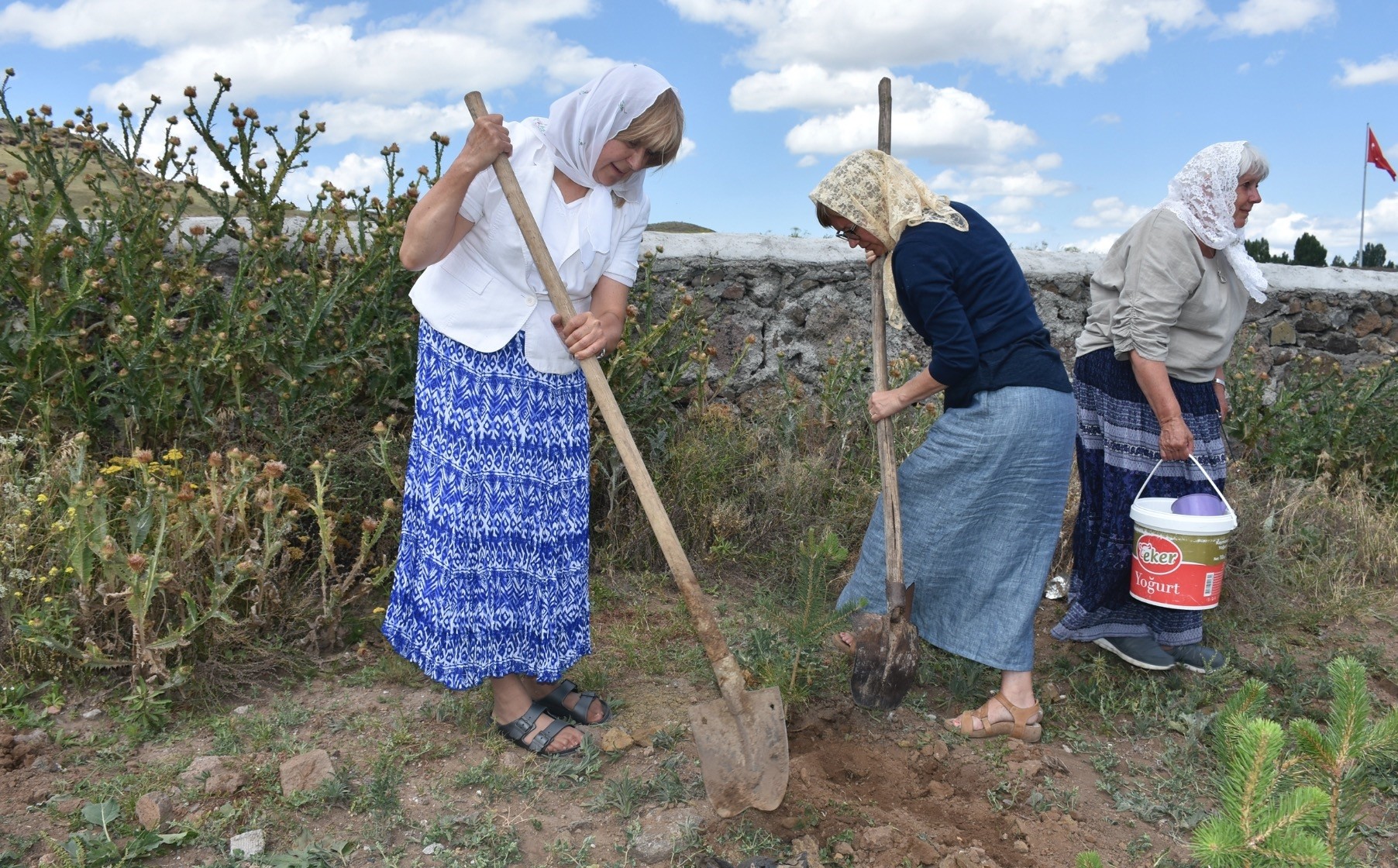 The grandchildren of the Dukhobors planted saplings in their grandparentsu2019 memory.
by Anadolu Agency Jul 23, 2018 12:00 am

The Dukhobor community was exiled from Kars province in northeast Turkey to Canada during the Tsarist Russia period. The grandchildren of community members visited the lands where their grandparents lived and planted saplings in their memory.

Exiled 119 years ago from Kars to Canada, the grandchildren of the Dukhobors traveled 10,000 kilometers to visit Kars. Visiting the Karahan village of Akyaka district in the city where their grandparents lived, Dukhobor descendants Sandra Konki, Vera Postnikoff and Sharon Hoodicoff planted saplings for their ancestors.

Speaking to Anadolu Agency (AA), Sandra Konki said that they were happy to be in the geographical location where their ancestors lived.

Noting that the Dukhobor community is discovering their roots and Karahan village in Kars' Akyaka district is important for them, Konki said, "In the songs sung in our communities in Canada and America, we hear about this place. It was very difficult to come here from Canada but we came all the way here. Another feature of this region is that it is where our people burned their guns when the government tried to force them into army service… as they were against war."

Visiting Kars after Azerbaijan and Georgia, Vera Postnikoff said that they were glad to be in Kars.

"This region is important for us. We are delighted to visit this region, which fought for peace. We will publish our memories in the monthly Dukhobor magazine in Canada," said Postnikoff. She added that they had a commemoration at the location where the weapons were burned and planted trees, which drew people's attention.

'They burned their weapons to avoid fighting'

Kars Culture and Art Association Researcher Writer Vedat Akçayöz said that while researching the community he found out that the group refused to kill people on June 29, 1895 and were hence exiled to Canada by Tsarist Russia because of the weapons and arsenals they burned to protest war. He published a book called "Dukhobors: the community that burns their weapons not to fight."

Akçayöz explained that the first immigration of the community to Canada started in 1899 and continued in four stages until 1930 although many humanist institutions and organizations supported the community. He said it was during his research that he got in touch with the Dukbohors who lived in Canada, Akçayöz said that he feels their visit will contribute to tourism in the region.