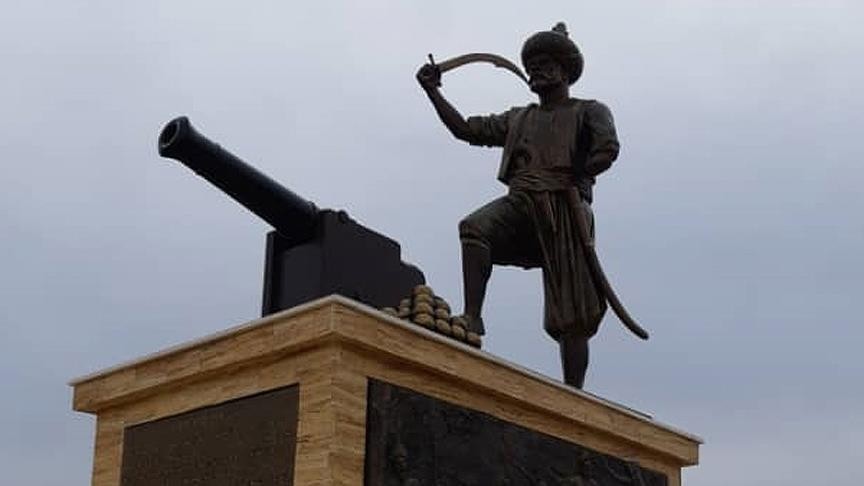 A monument commemorating Ottoman-era sailor Oruç Reis was inaugurated in northwestern Algeria on Tuesday, according to official Turkish sources.

The monument was built in the Chabat El Laham district of Ain Temouchent province with the support of the Turkish Cooperation and Coordination Agency (TİKA) and the local governorship.

The project was also followed closely by Turkish President Recep Tayyip Erdogan and was realized through an initiative by Turkey's Embassy in Algeria.

The 5-meter-high statue was designed by Algerian artists Ali and Sami Mebbani.

Reis participated in the conquest of Algiers in 1516 and died in 1518 while fighting the Spanish in Chabat El Laham.